A common fear with contemporary music is that it will fall victim to an air of exclusivity or affectation. Jennifer Higdon’s style, however, is direct and imaginative, filled with unique harmonic colors, solid thematic development, and a subtle and intimate lyricism. Sonorities at first familiar become transformed, and orchestral timbres blend throughout the piece. Everywhere, the technical demands on the soloist, though great, are used not for pure display, but rather as a conduit to the concerto’s many moods.

The Higdon concerto opens with an exposed solo violin line that is joined, after five measures, by gentle wisps of percussion (played with knitting needles on crotales and glockenspiel). An expansive development section stretches the expressive and technical capabilities of the violin and the orchestra. Everywhere, the fact that Higdon is an accomplished flutist is reflected in vivid writing for the flute and other winds. At the peak of tension, a 37-measure cadenza (marked: “in strict tempo with ferocity”) revisits earlier ideas and heightens the intensity in a brilliant solo splash. The end of the cadenza cues the delicate and sparse entrance of two second violins, soon joined by the full orchestra. A particularly striking phrase features the muted presence of a large body of strings, sul tasto (played with the bow over the fingerboard, giving a rich, mellow sound), complementing the solo violin. The penultimate section beautifully ushers the movement to a quiet conclusion.

The second movement, structured on several chaconnes (repeated chord progressions), is the lyrical heart of the concerto. The soulful entrance of the solo cello set against the wind choir establishes the lyrical character of this movement – one in which Higdon features the lower register of the solo violin as a source of great warmth and intimacy. In contrasting sections, a series of bold tuttis temporarily usurp the soloist’s role; consequently, each time the solo violin returns, it is more haunting, more memorable.

The final and shortest movement is a pulsing, rhythmic perpetual motion, punctuated by shifting meters and jazzy passages. The energy builds without pause through thematic statements, a blazing violin solo, a substantial and virtuosic orchestral tutti, solo violin interjections, and a final dash of momentum into the fortissimo chord that concludes the concerto. At this point the listener realizes that it’s time to take a breath.

"Your frank judgment on my Violin Concerto pleases me very much. It would have been very disagreeable to me if you, from any fear of wounding the petty side of a composer, had kept back your opinion. I shall not give up the hope that in time the piece will give you great pleasure.”

Like Beethoven, Mendelssohn, Brahms, and Sibelius, Tchaikovsky wrote a single violin concerto. Tchaikovsky’s intention was to dedicate this piece to Leopold Auer, a celebrated young Hungarian virtuoso and, later in life, the teacher of renowned violinist Jascha Heifetz. But Auer, at age 33, declared it to be “unplayable,” and the advertised premiere in St. Petersburg on March 22, 1879, was cancelled. The concerto would not receive its premiere until December 4, 1881, when it was performed by a relatively unknown young violinist, Adolf Brodsky, to whom Tchaikovsky gratefully rededicated the score.

There was a third violinist who figured in the history of this concerto, Iosif Iosifovich Kotek. He was a former student of Tchaikovsky, a gifted musician and a close friend. When the concerto was being created in 1878, Kotek acted as a kind of liaison between the composer and his patron Madame von Meck, gave Tchaikovsky advice on violin matters (which resulted in numerous revisions), learned the piece, and, according to the composer, “knew it so well, he could have given a performance.” However, he never did. Tchaikovsky’s relationship with Kotek would become increasingly strained for many reasons, not the least of which was the violinist’s failure to perform the concerto he was said by many to have inspired.

Fortunately, the tastes of artists can change over time. Leopold Auer, when he reached his mid-40s, took another look at the concerto and shifted his perspective. “Once I mastered its difficulties,” he once stated, “I felt like playing it forever.” In 1893, the year of Tchaikovsky’s death, Auer gave his first performance of the piece, albeit in an edition of his own that peppered the score with cuts and incorporated a few virtuosic alterations. Others had been playing the piece successfully in its original form, but Auer would become one of the most influential champions of the work, eventually teaching his version to his many pupils, including Mischa Elman, Efrem Zimbalist, and Jascha Heifetz – and they would teach it to their pupils as well. Today, in its various forms, Tchaikovsky’s Violin Concerto is regarded as one of the composer’s finest works and a cornerstone of the violin literature. Its skillful mix of melody and flashiness has made it a favorite of violinists and audiences the world over.

The Tchaikovsky concerto opens elegantly, with the first violins alone, hinting subtly at what is to come. After a brief tutti and an ear-catching, melismatic cadenza from the soloist, the solo violin presents a graceful theme over simple accompaniments. After elaborations, the second principal theme, which incorporates exchanges between the soloist and the horns and clarinets, alters the pace. The development section builds through virtuoso flourishes to a substantial cadenza. As that cadenza draws to an end, the orchestra reenters for a traditional recapitulation and coda.

Tchaikovsky’s hypnotic second movement, set in ternary form and appropriately titled “Canzonetta” (little song), opens in an elegiac mood introduced by a discreet woodwind ensemble. With a mute in place, the solo violin quietly states the exquisite theme in G minor. [Historical note: Tchaikovsky, as well as Kotek and the composer’s brother Modest all had reservations about the slow movement initially composed for the concerto; consequently, Tchaikovsky wrote and substituted the present one, which pleased everybody. The discarded movement would become “Méditation,” the first of the Three Pieces for Violin and Piano, op. 42]. This canzonetta, after swells of emotion and a nostalgic return to the original theme, closes with a woodwind chorus and a hushed orchestral tutti. A sudden chord makes the audience jump, and a brief but fiery solo cadenza announces the arrival of the “Finale.” In this exhilarating movement, Tchaikovsky demonstrates the violin’s capacity for brightness, agility, and romantic lyricism. He anchors the structure with a repeated theme in the form of a rondo and punctuates the movement with distinctive folk elements. The concerto draws to a spectacular conclusion: orchestra and solo violin trade phrases with joyful abandon before joining forces for a final, crashing chord. 8/2010 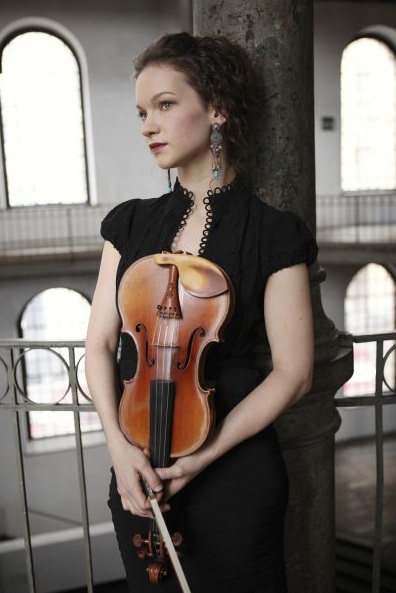 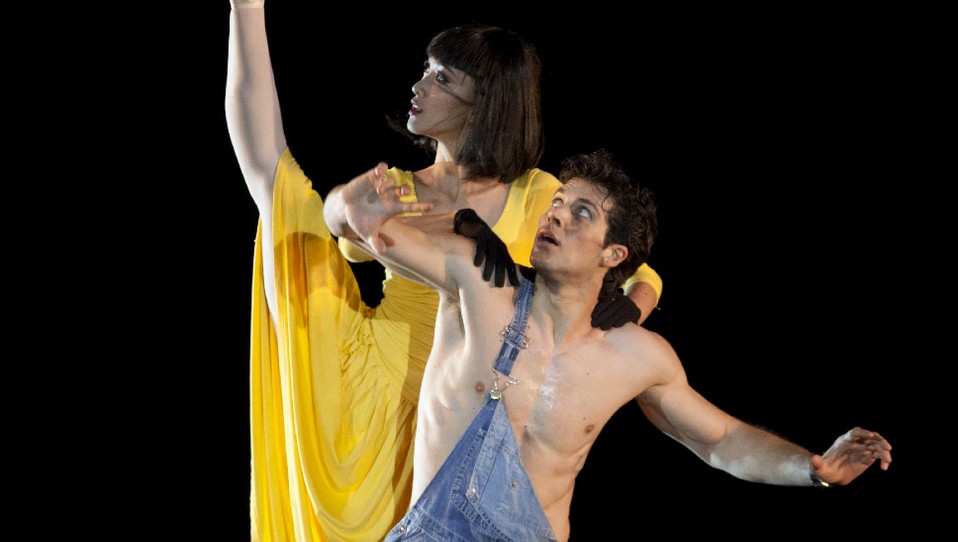