Ground-Breaking Modern Dance Master Garth Fagan’s From Before is the First Staging of this Revered Work for a Company Other than Garth Fagan Dance. Robert Battle’s Strange Humors and New Productions of Ronald K. Brown’s Grace and Highlights of Historic Ailey Ballets Featured in Five-Week Holiday Season

Artistic Director Robert Battle will continue to surprise and delight audiences with premieres and new productions that expand his vision for the company, adding dynamic choreographic voices to the repertory that challenge Ailey’s extraordinary artists in new ways.

The world premiere of Another Night by in-demand young choreographer Kyle Abraham innovatively fuses the many dynamic facets of American dance, from hip hop to ballet, and showcases the artistry and versatility of the Ailey dancers.  With music by Dizzy Gillespie, the new work is being created with the support of commissioning funds from New York City Center and the Hopkins Center for the Arts at Dartmouth, in celebration of the Center’s 50th Anniversary.

Petite Mort, a ballet of breathtaking sensuality and visual surprises, will premiere on the Company marking the first time a work by renowned European choreographer Jiří Kylián will appear in the Ailey repertory.  Set to two of Mozart’s most popular piano concertos, the theatrical work features six men and six women intermingling with fencing foils and elaborate ball gowns in an unforgettable battle of the sexes.

From Before is an ensemble piece blending the rhythms of African dance with Caribbean influences beautifully crafted by Garth Fagan, the Tony Award-winning choreographer of The Lion King.  The Ailey company premiere is the first time this revered work, which distills movement to its purest form and features a jazzy percussive score by Grammy winner Ralph MacDonald, will be staged for a company other than Garth Fagan Dance.

Artistic Director Robert Battle’s Strange Humors is a thrillingly intense duet set to John Mackey’s propulsive score for strings and African drum.  This riveting company premiere pits two men against each other in surprising sequences that ignite with aggression and discord, mischievousness and humor, as the relationship between the two dancers builds to an exciting crescendo.

A new production will be staged of Ailey Classics, a vibrant anthology of highlights from founder Alvin Ailey’s prolific 30-year career — including such audience favorites and classics as Cry, Love Songs and For ‘Bird’ With Love — culminating with his signature masterpiece Revelations, performed in its entirety.

“I’m thrilled to be further expanding Ailey’s diverse repertory with new voices and talented contemporary choreographers that showcase the depth and breadth of the dancers’ artistry.  Audiences will experience new treasures, along with encores of last season’s notable works and beloved pieces from Ailey’s rich history, including a program that highlights our founder Alvin Ailey,” said Artistic Director Robert Battle.  “Between our Opening Night Gala Benefit and the Season Finale, there will be a variety of special programs that feature live music, all new works and a celebration of two much-admired Ailey family members who will be taking a bow – Sharon Gersten Luckman and Renee Robinson.”

Academy Award-winning actress and comedienne Mo’Nique will serve as Honorary Chair and Honored Guest for the November 28th Opening Night Gala Benefit performance and party that launches the season with a fundraiser to support Ailey’s extensive educational and training programs for young people.  The curtain will rise to an encore performance of Ohad Naharin’s Minus 16, an eclectic dance and musical excursion that delights audiences with improvisation and an invitation to join Ailey’s acclaimed dancers onstage.  Revelations with live music will provide the inspiring finale for the memorable opening.

A special performance will be held on December 4th celebrating Sharon Gersten Luckman, who is planning to step down in 2013 after over two decades of accomplishments with the Ailey organization—17 of them as the organization’s esteemed Executive Director.  Ms. Luckman has strategized and overseen the dramatic growth and success of the entire Ailey organization, including the creation of the organization’s state-of-the-art home – The Joan Weill Center for Dance – and has established one of the most remarkable records in American arts management.

On Sunday, December 9th at 7:30pm, friends and fans will pay tribute to Renee Robinson in her farewell season with Alvin Ailey American Dance Theater.  A revered dancer for over 3 decades, she is the last remaining company member selected by founder Alvin Ailey, the female dancer with the longest tenure in the Company’s history, and the only dancer to have performed under all three Artistic Directors.  A former student at The Ailey School and member of Ailey II, Robinson is beloved for both her radiant performances and for her mentorship and generosity in sharing the Ailey legacy with generations of performers.

In addition to performances of Ohad Naharin’s unique and innovative Minus 16 throughout the month, premieres from Ailey’s celebrated 2011 inaugural season led by Robert Battle will appear in the repertory, including modern dance master Paul Taylor’s Arden Court and hip-hop choreographer Rennie Harris’ soul-lifting Home.

A variety of 19 premieres, new productions, repertory favorites and classic works will be performed, such as Robert Battle’s explosive The Hunt and Alvin Ailey’s sparkling Night Creature and Memoria, a moving homage to the renowned teacher Joyce Trisler that is performed with an exuberant cast spotlighting talented young dancers from The Ailey School.

Mr. Ailey’s beloved Revelations, an American classic acclaimed as a must-see for all and recognized by a U.S. Senate resolution, will also be performed with live music on December 15th and 16th, and with an expanded cast of 50 dancers including members of Ailey II and The Ailey School on Saturday and Sunday matinees through December 16th.

A special 2012 season highlights finale program will bring an exciting finish to the season on December 30th. The full season schedule is attached (subject to change).

In addition to the season, Mr. Battle has also scheduled the second year of the New Directions Choreography Lab, a major program launched last year to serve the entire field of dance.  Assisting choreographers in developing their work, the program will again grant resident fellowships to four emerging and mid-career artists, offering a stipend, the use of gifted dancers from The Ailey School, creative mentorships and rehearsal time at The Joan Weill Center for Dance. Unlike other programs that require the production and presentation of a final performance or commission, Ailey’s lab enables choreographers to focus solely on the process of choreography as a creative experience, free from all restricting expectations or deadlines.

Alvin Ailey American Dance Theater inspires all in a universal celebration of the human spirit using the African-American cultural experience and the American modern dance tradition.  Having embarked on an exciting new era in Ailey history, Ailey’s acclaimed dancers will move audiences in a diverse repertory of premieres, new productions and repertory classics by a variety of choreographers, revealing once again why Alvin Ailey American Dance Theater is one of the world’s most beloved dance companies.

Tickets starting at $25 go on sale September 4th and can be purchased at the New York City Center Box Office, through CityTix® at (212) 581-1212 or online at www.alvinailey.org or www.nycitycenter.org.  Discount tickets are available for Ailey Super Fans who purchase tickets for more than one performance. Additional discounts are available for the Saturday Family Matinee series, for students with an appropriate ID and for groups of 10 or more (discounts do not apply to $25 tickets).  For group sales, call 212-405-9082 or e-mail groupsales@alvinailey.org. For further information about the Alvin Ailey New York City Center season please visit www.alvinailey.org 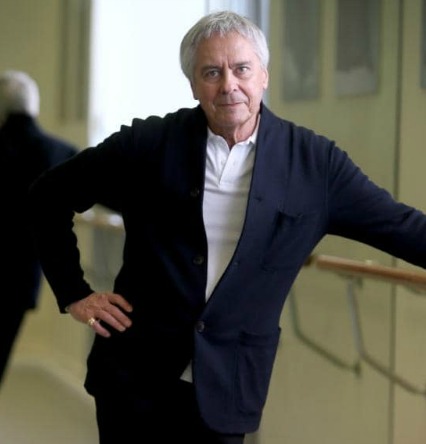