The Martha Graham Dance Company and Andonis Foniadakis gave a teasing glimpse into Mr. Foniadakis newest work to be premiered during its season at the New York City Center, March 19-22. 2014. The New York City Center season will feature new works by both Nacho Duato and Andonis Foniadakis along with the new one-act production of Graham’s Clytemnestra. Also, the season will include performances in celebration of the 70th Anniversary of Appalachian Spring and the 30th Anniversary of Graham’s The Rite of Spring.

Inspired by the Greek legend of Echo and Narcissus, Mr. Foniadakis’s Echo is not an exact retelling but a reinterpretation of the legend as seen by the choreographer. In Greek mythology Echo was a wood nymph who loved a youth by the name of Narcissus. He was a beautiful creature loved by many but Narcissus loved no one. He enjoyed attention, praise and envy. In Narcissus’ eyes nobody matched him and as such he considered none were worthy of him.

The evening began with a quick introduction by Graham Artistic Director Janet Eilber and then a performance of both Doug Varone and Larry Keigwin’s Lamentation Variations. The highly acclaimed Lamentation Variations is a project that invites selected choreographers to create a four-minute sketch in response to a video of Martha Graham’s classic solo “Lamentation”.

The all too brief glimpse we got of Mr. Foniadakis’s Echo showed us a work rich in its abstraction. It is true that it was not an exact retelling, but evidence of the tale still resonated throughout the dance shown. I was asked not to give up too much, so I won’t…you’ll have to wait and witness the completed work during the 2014 Season of the Martha Graham Dance Company at the York City Center, March 19-22.

The Martha Graham Dance Company’s NEW@Graham initiative supports the creation of new works for the Graham dancers by some of the top artists working in dance and theater today. Those that support the NEW@Graham gain special access to the artists and the creative process, as a brand new dance takes shape and finds its unique voice.

The Martha Graham Dance Company returns to New York City Center for a four-evening engagement March 19-22, 2014. The Company brings exciting premieres by international stars Nacho Duato and Andonis Foniadakis along with the new one-act production of Graham’s Clytemnestra. Join in the 70th Anniversary celebration of Appalachian Spring and the 30th of Graham’s stunning The Rite of Spring, as well as an opening night gala performance with special guests. 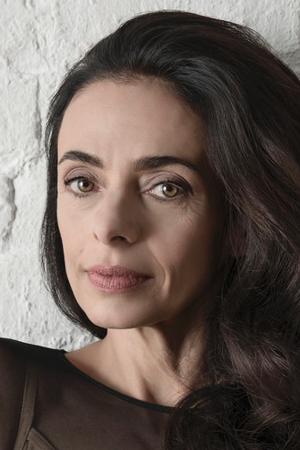