Celebrating the 100 anniversary of the Ballet Russes.

On May 16th through May 23rd 2009, Boston will host a festival marking one hundred years since Sergei Diaghilev’s Ballets Russes premiered in Paris in May 1909.

To honor and explore the legacy of this revolutionary performing company, Ballets Russes 2009 will feature dance, music, visual art, cinema, and other happenings inspired by the genius of Diaghilev’s creative team and the extraordinary figure of the impresario himself.

The goal of Ballets Russes 2009 is to celebrate the centenary of Sergei Diaghilev’s famous ballet and opera company, and its broad cultural legacy, as well as to build new audiences for dance and the arts in New England and the Northeastern US. During 10 days in May 2009, we will capture the city of Boston with a wide-ranging program reflecting the various components of the Ballets Russes. There will be performances by the Boston Ballet and the Boston Pops, a festival of dance films at the Museum of Fine Arts and an exhibition of stage designs and actual costumes at the Wadsworth Atheneum in Hartford. Boston University will host a major three-day academic conference on the Ballets Russes and an exhibition of related posters and memorabilia. For children, there will be a puppet theater, performances, and a parade populated with characters from Ballets Russes as well as classic Imperial Ballet productions, and even from contemporary ballets done at the Mariinsky Theatre. To celebrate the cultural richness of the Ballets Russes for people of all ages, Ballets Russes 2009 will also hold a traditional Russian street fair, called a balagan, on the streets of Boston. Performers from present-day Russia, including dancers, actors and mimes, will come to Boston to participate in the Festival.

Following the conclusion of the festival, Ballets Russes 2009 will launch a permanent cultural exchange program between Russia and other American and European cities, including Boston and Paris. The program will celebrate the Ballets Russes achievement by promoting, as its global objective, education, culture, international relations and the sharing of resources. 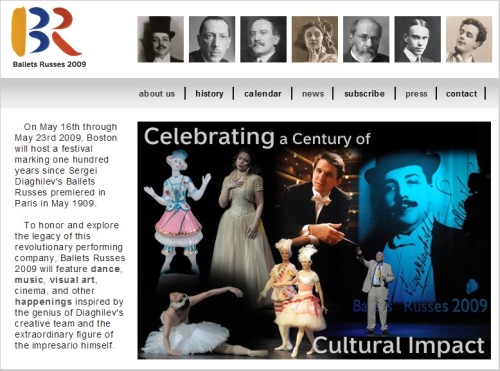 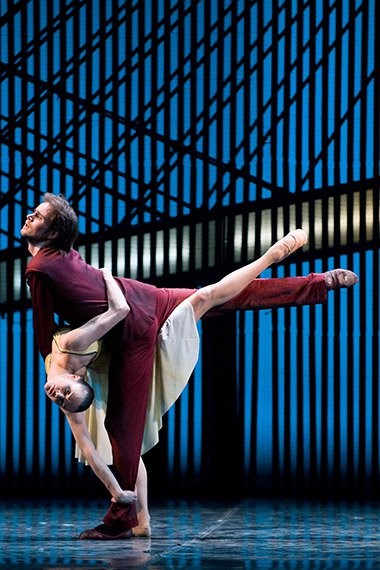