Ballet San Jose has named former American Ballet Theatre (ABT) Principal Dancer José Manuel Carreño Artistic Director, effective September 3. The Cuban-born Carreño brings a wealth of experience as one of the world’s most recognized and acclaimed dancers of the past two decades, and his expertise, vision and international affiliations will enhance the 27-year-old Ballet San Jose’s position as a leading American company dedicated to presenting theatrically exciting, boldly inventive and technically first-rate dance to an ever-broadening community.

The position marks the 45-year-old Carreño’s first role as Artistic Director since his 2011 retirement from ABT. Carreño succeeds Artistic Advisor Wes Chapman, who led the Company during the 2011-2012 and 2012-2013 seasons to popular and critical acclaim along with Principal Ballet Master Raymond Rodriguez, who has been named Associate Artistic Director. Carreño will announce plans for the 2013-2014 Ballet San Jose season, which will commence with performances of Karen Gabay’s 2012 Nutcracker opening December 13, later this Summer. Carreño’s position is generously underwritten, in part, by a multi-year commitment from Ballet San Jose Trustee Agatha and Steve Luczo. For more information about Ballet San Jose, its programs and offerings and new Artistic Director José Manuel Carreño, visit www.balletsj.org .

“We are thrilled to welcome José Manuel Carreño as our Artistic Director,” says Ballet San Jose Board of Trustees Chair, Millicent Powers. “His vision and commitment to the highest standards of performance, artistry and education closely match the values of Ballet San Jose. With José, our artistic staff and our dancers, we look forward to offering our audiences an exciting new season of discovery and exploration. Ballet San Jose has been blessed to have Wes Chapman and Raymond Rodriguez leading us during our recent artistic transition and success, so with José on board we look forward to many ‘wow’ moments in the coming year.»

“I am excited and honored to begin this new chapter in my career with Ballet San Jose,” commented new Artistic Director José Manuel Carreño. “I thoroughly enjoyed my experience performing as a guest in the Company’s production of Don Quixote last season and was impressed with the high level of technical accomplishment, theatricality, expression and range. I am grateful for the opportunity to build on the solid foundation already in place, and I look forward to developing a distinctive artistic profile for Ballet San Jose – bringing dynamic, exciting works to the stage that thrill our audiences, fulfill our dancers, and firmly establish Ballet San Jose as a significant, sustainable, regional force.”

Artistic Advisor Wes Chapman says, “I am very proud of the artistic growth of the company, I congratulate José and the Company and look forward to watching what will undoubtedly be an exciting partnership unfold in the coming seasons.” As he pursues other free-lance opportunities, Chapman leaves Ballet San Jose in a strong artistic position following a critically acclaimed 2012-2013 season that witnessed world and Company premieres by choreographers including Chapman’s staging of Don Quixote, Ben Stevenson, Sir Frederick Ashton, Jerome Robbins, Merce Cunningham, Jorma Elo, Jessica Lang, Karen Gabay and others. Chapman will set his full-length Dracula at Grand Rapids Ballet in October and he will produce Nutcracker in Costa Rica in December.

José Manuel Carreño was born in Cuba, where he received his training at the Provincial School of Ballet and the National Ballet School. He won the Gold Medal at the New York International Ballet Competition in 1987, and the Grand Prix at the International Ballet Competition in Jackson, Mississippi in 1990. He has appeared extensively in Europe, Latin America and the United States, dancing such roles as Franz in Coppélia, Basil in Don Quixote, Albrecht in Giselle, Prince Siegfried in Swan Lake and the Le Corsaire, Diana and Acteon and “Black Swan” pas de deux.

Carreño joined the English National Ballet in 1990, where his repertoire included Solor in “The Kingdom of the Shades” from La Bayadère, the Prince in Cinderella, Franz in Coppélia, Albrecht in Giselle, the Prince and the Gopak in The Nutcracker, Romeo in Romeo and Juliet, Petruchio in The Taming of the Shrew and roles in a number of one-act ballets and pas de deux including A Stranger I Came, Études, Graduation Ball and Prince Igor.

Carreño joined The Royal Ballet as a principal dancer in 1993 where his repertoire included the Bluebird in The Sleeping Beauty, Basilio in Don Quixote, Oberon and Puck in The Dream, a leading role in Herman Schmerman and the leading role in Matthew Hart’s Caught Dance. Carreño joined American Ballet Theatre as a Principal Dancer in June 1995. His repertoire with the Company includes the title role in Apollo, the leading role in Ballet Imperial, Solor in La Bayadère, Franz in Coppélia, Conrad, Ali, the Slave, and Lankendem in Le Corsaire, Basilio in Don Quixote, the third sailor in Fancy Free, Albrecht in Giselle, Fate in HereAfter, Des Grieux in Manon, Danilo in The Merry Widow, the Cavalier in Kevin McKenzie’s The Nutcracker, the pas de deux Diana and Acteon, Esmeralda, Grand Pas Classique, Other Dances, and Sinatra Suite, Sergei in On the Dnieper, the Man From the House Opposite in Pillar of Fire, the Warrior Chieftain in Polovtsian Dances, the Son in Prodigal Son, the leading male role in Push Comes to Shove, Jean de Brienne in Raymonda, Romeo and Mercutio in Romeo and Juliet, Prince Désiré in The Sleeping Beauty, Misgir in The Snow Maiden, Prince Siegfried in Swan Lake, the second movement in Symphony in C, the Tchaikovsky Pas de Deux, Theme and Variations, the first and second variations in Variations for Four, Without Words and roles in Clear, Études, Overgrown Path, Petite Mort and Rabbit and Rogue. He created a leading role in Within You Without You: A Tribute to George Harrison.

Carreño retired from ABT in 2011. He is the founder and director of the Carreño Dance Festival is Sarasota, FL.

Raymond Rodriguez was born in New York City and began tap dancing at the age of six. While attending the High School of Performing Arts in Manhattan, he studied ballet and also began training at the American Ballet Theatre School on a full scholarship. Taught privately by ABT Ballet Master, Jurgen Schneider, he gained performing experience with ABT performing children’s roles and later as an apprentice. He joined Cleveland Ballet (now Ballet San Jose) in 1981 as a Principal Dancer and during his tenure with the company, he has held the positions of Rehearsal Assistant, Repetiteur, Regisseur, and Principal Ballet Master. Rodriguez had a diverse repertoire as a Principal Dancer with roles that included Albrecht in Giselle, Romeo in Romeo and Juliet, The Peruvian in Gâité Parisienne, Prince Siegfried in Swan Lake, principal roles in George Balanchine’s Who Cares?, Tarantella, Serenade, Agon, The Four Temperaments and Theme and Variations, and Don Jose in Roland Petit’s Carmen. He performed at the Anniversary Gala for the Queen of Denmark’s Silver Anniversary and toured South America with Ballerina, Cynthia Gregory. He has staged numerous ballets for Dennis Nahat throughout the world. He has performed, assisted, and remounted works by Flemming Flindt, most notably The Toreador where he performed the title role at its company premiere and staged the work for the 2008-09 season, for which he won an Isadora Duncan Award.

He is also the founding Co-Artistic Director of Pointe of Departure. He made his film debut in Rent and his television credits include ABC’s Dancing with the Stars coaching football legend Jerry Rice, The Drew Carey Show, the PBS broadcast of Blue Suede Shoes, and the Scandinavian television broadcast of Lucifer’s Daughter. The last two summers, Rodriguez was a guest instructor for the Bartholin International Ballet Seminar held in Copenhagen, Denmark.

Known for bold and innovative programming that matches the creativity and innovation of its Silicon Valley home, Ballet San Jose is the second largest professional ballet company in California. The critically-acclaimed company produces an annual season of mixed-repertory programs and full-length ballets, including The Nutcracker, at the San Jose Center for Performing Arts. Through its strategic relationship with American Ballet Theatre (ABT), Ballet San Jose has achieved new and rapid artistic growth with access to productions from ABT’s extensive repertory, association with its network of renowned choreographers, directors, and artists as well as to ABT’s renowned National Training Curriculum for ballet faculty and students – making Ballet San Jose’s school the exclusive ABT-certified institution on the West Coast.

Ballet San Jose provides its audiences with professional performances of the highest artistic standard, which contribute to the cultural needs of the community, and that are accessible to the broadest possible audience. Ballet San Jose is committed to providing interactive arts education for children, youth, and adults through its ballet school and outreach programs, focusing on both professional training and on general community enrichment. 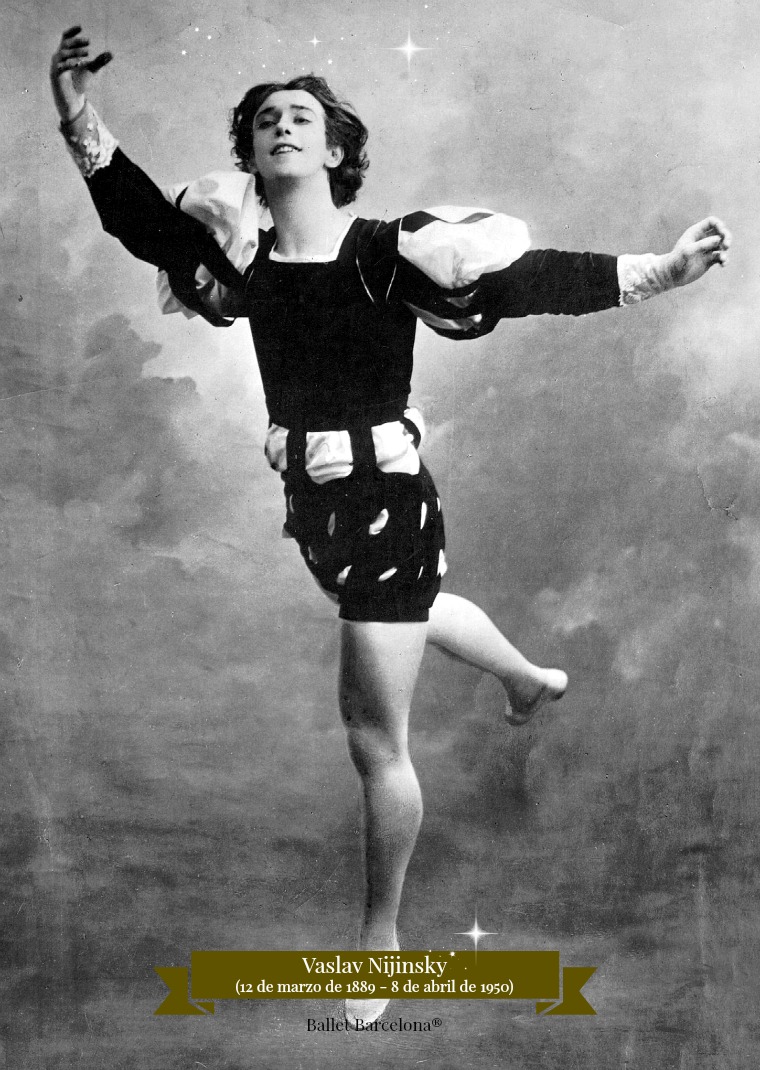