The Bolshoi Ballet returns to the Royal Opera House with the Orchestra of the Bolshoi Theatre for an exciting three-week season of spectacular new ballet productions, marking the 50th anniversary of its first visit to Covent Garden under the banner of Victor Hochhauser.

The season opens with Swan Lake, one of the most famous of all ballets, in which the love of Prince Siegfried and his Swan Queen, Odette, is imperilled by sinister supernatural forces. Set to Tchaikovsky’s lyrical score, the magic and drama of this timeless story unfold in a memorable production by renowned choreographer Yuri Grigorovich.

Petipa’s masterpiece of passion, betrayal and redemption, culminating in the breathtaking ‘Kingdom of the Shades’, is danced to perfection by the Bolshoi’s incomparable corps de ballet. Dazzling new sets by Nikolai Sharonov and costumes by Nikolai Sviridchikov illuminate the tragic tale of the temple dancer Nikiya’s doomed love for the warrior Solor.

The Bolshoi performs the UK premiere of its acclaimed new production of Balanchine’s Jewels, inspired by the brilliance and colour of gemstones. Fauré’s music perfectly complements the romantic elegance of Emeralds, followed by the jazzy, witty Rubies set to Stravinsky’s vibrant score; Diamonds, a glittering evocation of Russian imperialism to Tchaikovsky’s sublime music, ends the ballet in a spectacular tribute to the great Russian ballet tradition.

The Flames of Paris

The Bolshoi presents the first UK performances of Alexei Ratmansky’s highly acclaimed new version of Vasily Vainonen’s The Flames of Paris. Set to Boris Asafiev’s powerfully evocative music, the ballet depicts the tumultuous era of the French Revolution and astounds with one of the most exciting pas de deux in the whole of the ballet repertory. 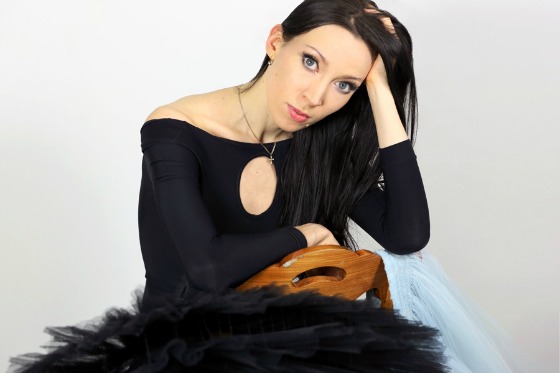 19 March Mariinsky Theatre An artistic evening with Viktoria Tereshkina. On 19 March 2015 during the XV International Ballet Festival Mariinsky there will be an Artistic Evening of Viktoria Tereshkina at the historic theatre. The ballerina has been preparing for this important event which will be broadcast on-line on mariinsky.tv with particular anxiety and car. XV … Leer más