Daniil Simkin has been promoted to the rank of Principal Dancer with American Ballet Theatre. The promotion, which becomes effective immediately, was announced today by Artistic Director Kevin McKenzie.

Simkin was born in Russia to ballet dancers Dmitrij Simkin and Olga Aleksandrova and was raised in Wiesbaden, Germany. From the age of six, Simkin often appeared onstage dancing alongside his father. He began his formal ballet training at age 10, under the direction of his mother. At age 12 he began participating in ballet competitions and galas around the world.

In 2006, Simkin joined the Vienna State Opera Ballet as a demi-soloist. His roles with the company included the peasant pas de deux in Elena Tchernichova’s Giselle, the Nutcracker-Prince in Vasily Vainonen’s The Nutcracker, Benvolio in John Cranko’s Romeo and Juliet and the Beggar Chief in Kenneth MacMillan’s Manon, among others. In 2007, he danced his first principal role, Basilio in Don Quixote, as a guest with the Lithuanian National Opera.

Simkin joined American Ballet Theatre as a Soloist in October 2008. His repertoire with ABT includes the Bronze Idol in La Bayadère, the Ballet Dancer in The Bright Stream, Franz in Coppélia, Ali and Lankendem in Le Corsaire, Basilio and the Lead Gypsy in Don Quixote, Puck in The Dream, the first sailor in Fancy Free, the Flames of Paris pas de deux, the peasant pas de deux in Giselle, the Nutcracker Prince in Alexei Ratmansky’s The Nutcracker, Lensky in Onegin, the Son in Prodigal Son, Benvolio in Romeo and Juliet, Boy With Matted Hair in Shadowplay, the Bluebird in The Sleeping Beauty, the pas de deux from Stars and Stripes, Prince Siegfried and Benno in Swan Lake, Gurn in La Sylphide, Eros and a Goat in Sylvia, Tchaikovsky Pas de Deux, and roles in Allegro Brillante, Black Tuesday, The Brahms-Haydn Variations, Company B, Duets, In the Upper Room, The Leaves Are Fading and One of Three. He created the Chinese Dance in Ratmansky’s The Nutcracker and roles in Everything Doesn’t Happen at Once and Troika 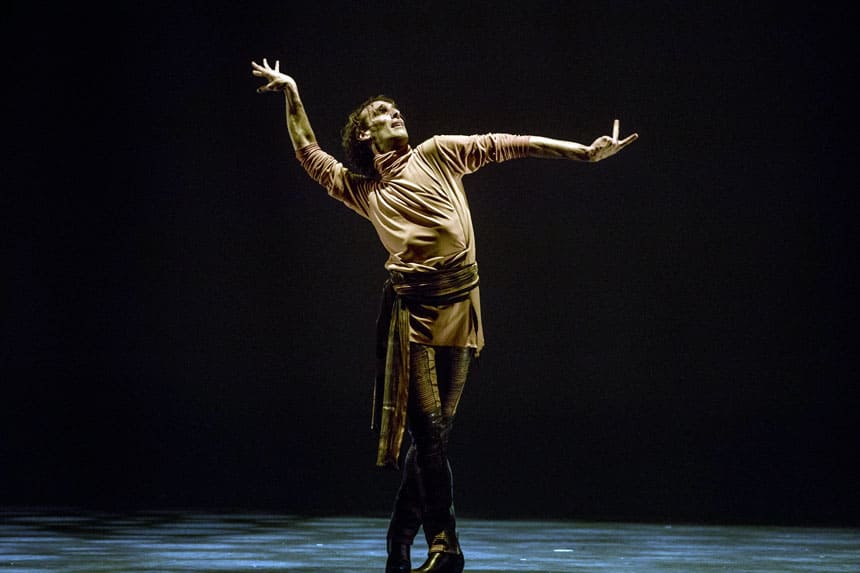