The School of American Ballet opens at 637 Madison Avenue, New York City, with an enrollment of 32 pupils on January 2, 1934.

Just 30-years-old, Balanchine uses students from the School to begin choreographing his first ballet in America. That ballet, Serenade, and two others are performed in June at the estate of Edward Warburg’s family in White Plains, New York. The initial producing company of the School of American Ballet leads to the formation of the American Ballet Company in 1935, which is invited to serve as resident ballet for the Metropolitan Opera, an arrangement that will last until 1938. During this time, Balanchine creates several important works and presents a miniature Stravinsky Festival.

The creation of the New York City Ballet in 1948 is a milestone in the history of the School of American Ballet, for it marked the realization of George Balanchine and Lincoln Kirstein’s primary goal in founding SAB: to create an American ballet company. Since then, the School and NYCB have been intimately linked.

The choreography created by George Balanchine established a uniquely American style, one that demanded dancers to move with unprecedented speed, precision and intense musicality. To ensure that the technique taught at the School develops the exceptional dancers who can fulfill the needs of the Company, NYCB and SAB share the same artistic leadership: the Company’s ballet master in chief also serves as the School’s artistic director and chairman of faculty. Peter Martins is George Balanchine’s successor in those capacities at NYCB and SAB.

The School of American Ballet 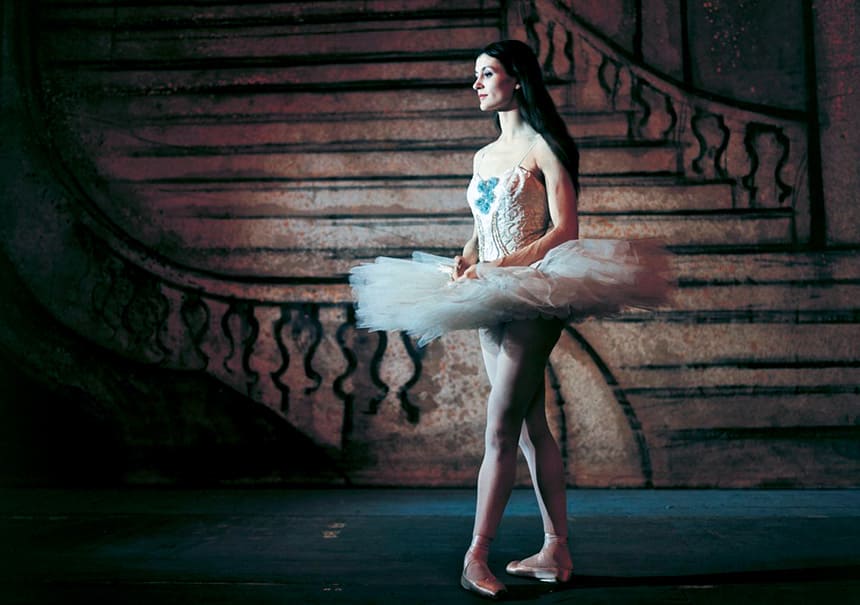