Elena Sherstnieva She was born in Leningrad and graduated from the Vaganova Ballet Academy. She joined the Mariinsky Theatre in 1975 becoming a soloist in 1985. Her repertoire includes :La Sylphide ( Magde), The Sleeping Beauty ( Carabose Fairy ), The Nutcracker ( Spanish Dance , Eastern Dance, Trepak ), Giselle ( Mirta, Bertha) , Swan Lake ( Spanish Dance, Mazurka ) , La Bayadere ( Hindu Dance), Cinderella (Eastern Princess ) and many others. Today she is part of the staff of the Vaganova Ballet Academy in Saint Petersburg, Russia.

This is a graduation class, by Character Teacher Yelena Sherstnieva, soloist of the Mariinsky Theater. It includes exercises at the barre such as Plie in the Mazurka Style, Rond de Jambes par terre in Aragon’s Jota style, Adagio for women in Spanish style music, among others. For the center it shows demonstrations of Hungarian, Spanish, Middle Eastern, Russian Dances, Mazurkas from the most famous ballets such as Raymonda, Swan Lake, Flames of Paris et al. Many times in a classical ballet performance, some movements seem not to belong to classical ballet, those are Character movements. We often see positions of the legs en dedans or even a twisted foot which is perfectly allowed in character dance or movements en dedans that end en dehors. 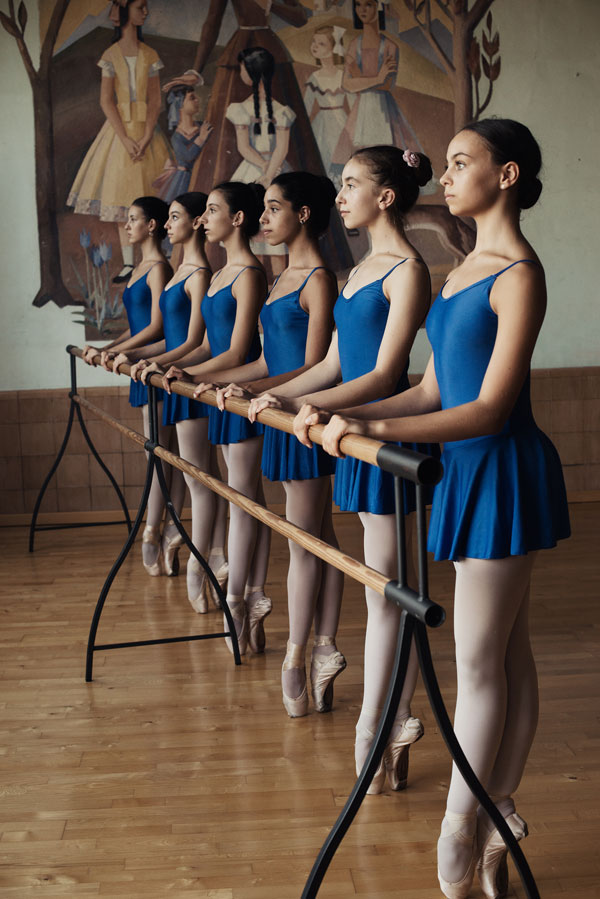