In honour of Natalia Makarova

For audiences in many countries in the 1970s and 1980s Natalia Makarova’s dance was the embodiment of the great traditions of the Russian school of classical dance and, moreover, the embodiment of the Russian soul in ballet. Her Odette-Odile, Giselle, Kitri and Aurora were applauded by audiences at American Ballet Theatre, London’s Covent Garden and the Ballet de Marseilles. But Natalia Makarova’s dazzling career began in Leningrad. The emotive graduate of Leningrad’s Vaganova School of Dance, with her amazingly beautiful lines, was immediately “spotted” and for ten years at the Kirov Theatre Makarova danced many roles – she appeared as lead characters in classical productions and featured in ballets by Yakobson, Sergeyev, Belsky and Vinogradov. In 1970 she took the decision to remain in the West, and for the next twenty years the ballerina’s creative life was connected with the world’s great theatres and companies, drawing the admiration of audiences across the globe. However, Makarova made her last stage appearance at her home theatre – in 1991 she ended her dancing career at the Mariinsky Theatre.

The Mariinsky Ballet will congratulate Natalia Makarova on the occasion of her birthday in person. «The theatre has invited Natalia Romanovna to celebrate her birthday with us in Japan and she is coming while we will be in Tokyo. On 2 December we will celebrate Natalia Romanovna’s birthday with one of her favourite productions – the ballet Romeo and Juliet performed by Kristina Shapran and Timur Askerov,» said Acting Head of the ballet company Yuri Fateyev. 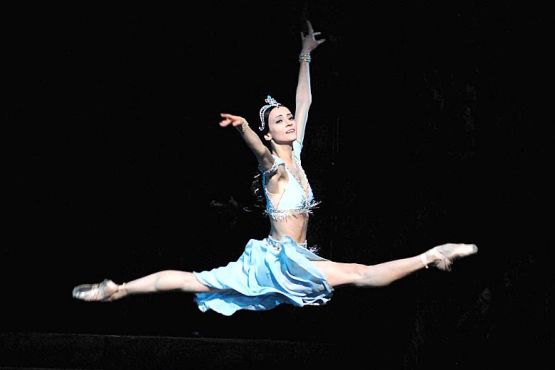