The Jacqueline Kennedy Onassis School at American Ballet Theatre, directed by Principal Franco De Vita, was awarded the 2012 Prix Rome Jia Ruskaja by the Foundation of the National Academy of Dance, the official dance institution of the Italian Ministry of Education, University and Research.  The award will be bestowed December 13 at a gala presentation given at the Teatro Comunale in Florence, Italy.

The Jacqueline Kennedy Onassis (JKO) School at American Ballet Theatre received the award from the Foundation of the National Academy of Dance in recognition of its significant contributions to the training of classical dance.  The 2012 Prix Rome Jia Ruskaja will comprise a cultural exchange between the JKO School and the Dance School at the Rome Opera House and combined master classes with both schools.  JKO School students will travel to Rome to participate in the exchange and perform at the awards gala at the Teatro Comunale.  The gala performance by the JKO School students will include George Balanchine’s Tarantella and Raymond Lukens’ La Plus Que Lente and Jerusalem Divertissement.

“I am personally honored to have the JKO School receive this award,” said Franco De Vita, Principal of the Jacqueline Kennedy Onassis School at American Ballet Theatre.  “Raymond Lukens and I directed the Scuola di Danza Hamlyn in Florence from 1983 to 1997.  To return to Florence with my students from the JKO School and perform at the Opera House is incredibly meaningful to me.”

“Congratulations to Franco De Vita and the JKO School’s outstanding students on this achievement,” said Caroline Kennedy.  “The award is a testament to ABT’s commitment to bringing ballet to the widest possible audience.  My mother would be so pleased to know that a new generation of dancers will have the opportunity to perform in Italy and receive this tremendous honor.”

The Prix Rome Jia Ruskaja pays homage to Ruskaja, co-founder of the National Academy of Dance in Rome, Italy.  The annual prize was previously awarded to the Bolshoi Ballet Academy in 2011. American Ballet Theatre. Wednesday, November 7, 2012 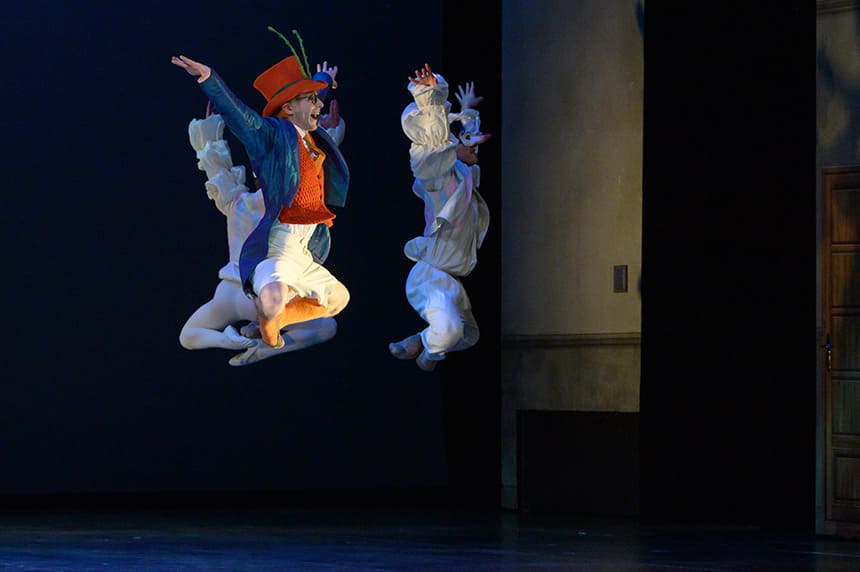