Act I
Young warriors led by Solor are hunting a tiger. Before entering the forest Solor asks a fakir, named Magedaveya, to tell Nikia, a bayadere, that he will wait for her near the temple.

The High Brahmin and priests are solemnly leaving the temple. The feast of worshipping fire begins. Fakirs and votaries of the temple, bayaderes, are performing sacred dances. Beautiful Nikia is among them. She adorns the festival.

Having forgotten about his ordination and vow of celibacy, the High Brahmin tells Nikia that he loves her and promises to place at her feet all the riches of India. Nikia rejects his wooing. She will never love him. Nikia and other bayaderes give the fakirs water from the sacred pool. Imperceptibly Magedaveya tells Nikia that Solor will come to see her. The bayadere is happy.

It is getting dark. Nikia comes to meet her beloved. Their secret rendezvous is guarded by the fakir. But the High Brahmin manages to overhear the conversation of the sweethearts.

Solor proposes that they elope. The bayadere agrees, but first she wants him to vow fidelity to her at the sacred fire. Solor takes the oath. The High Brahmin is infuriated. He appeals to the gods and demands punishment. His revenge will be terrible.

Next morning the rajah Dugmanta, head of the principality, tells his daughter Gamzatti that she will see her fiance that day.
The rajah sends for the fiance. It is the brave warrior Solor. The rajah shows Solor his beautiful daughter and proclaims them bride and groom. The warrior is struck by Gamzatti’s beauty. But he remembers the bayadere, his vow to her, and is thrown into confusion.

It is time to hold the ceremony of consecrating Gamzatti’s betrothal. Nikia is invited to the palace for the ceremony.
The High Brahmin arrives. He wants to tell the rajah a secret. Dugmanta sends everybody away. Gamzatti feels that the High Brahmin’s arrival is somehow connected with her forthcoming marriage and eavesdrops on the Brahmin’s conversation with her father.

The High Brahmin tells the rajah about Solor’s love for Nikia. Dugmanta is infuriated but doesn’t change his mind to give his daughter in marriage to Solor. The bayadere, who made Solor take the oath, must die.The High Brahmin who had wanted to get rid of his rival, didn’t expect such a turn of events.
He threatens the rajah with punishment of the Gods for the bayadere’s death. But the rajah is unrelenting.

Gamzatti orders her slave to bring Nikia. She sees that the bayadere is very beautiful and can be a dangerous rival. The rajah’s daughter tells the bayadere about her forthcoming marriage and invites her to dance at the feast. She deliberately shows her the portrait of her fiance Solor. Nikia protests: Solor loves only her and he made a vow of eternal fidelity. The rajah’s daughter demands that Nikia should give up Solor. But the bayadere would rather die than part with Solor. Gamzatti offers her jewels. Nikia throws them away with scorn. Nothing will make her part with her beloved. She raises her dagger in a rage. The slave stops her. But Gamzatti will never give her fiance back.

Act II
A sumptuous feast is being held on the occasion of Solor and Gamzatti’s engagement. The bayadere Nikia is supposed to entertain the guests with dances. She can’t hide her grief. Her eyes are fixed on her beloved Solor.

The fakir presents Nikia with a basket of flowers on behalf of Solor. The bayadere’s dance is filled with happiness. But suddenly a snake crawls out of the flowers and bites her fatally.
Nikia realizes that the rajah’s daughter is to blame for her death. The High Brahmin promises to save her life if she will love him. But the bayadere is faithful to her love for Solor. Nikia dies. Solor leaves the feast in despair.

Act III
Solor is inconsolable. He is gnawed by remorse. He enjoins the fakir to distract him from his grievous thoughts. Fascinated by the sacred dance, Solor sinks into the world of dreams.

Shadows appear to him out of the darkness. They are descending from mountains in a long file. Solor sees fair Nikia among them…
There is no more reality for Solor. He follows the shadow of fair Nikia… 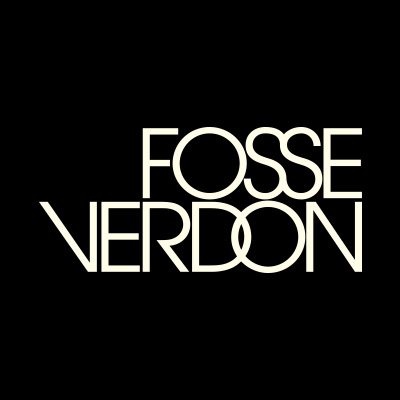