No dancer leaps quite like Natalia Osipova. Jessica Duchen looks on in wonder as the Royal Ballet’s feted signing rehearses with British choreographer Alastair Marriott.

If you have ever tried to stand upright in a force 10 gale, then you know something of how it feels to be two metres away from Natalia Osipova’s leap.

Probably the most sought-after ballerina in the world, and now a member of the Royal Ballet, Osipova is rehearsing at the company’s Royal Opera House studios. Here, the choreographer Alastair Marriott is creating a new one-act ballet, Connectome, with Osipova at its core, ready for premiere in a triple bill this weekend.

At first the ballerina stands aside, watching her colleagues – a quiet, unassuming presence with long hair and leg-warmers, the blocks of her pointe shoes clopping as she moves about. But then she’s ready for take-off – and a moment later «Natalia» transforms into «Osipova».

It’s as if she has plugged herself into the celestial mains. Her limbs extend through every last millimetre; the shapes her body defines seem to flow out beyond herself, as if the lines continue into space, towards infinity. A pose stretching backwards with head, shoulders and arms may last just a quarter of a second, yet you can almost believe she is reaching all the way to Moscow. And there’s that phenomenal bolt-of-lightning jump; the sheer power takes your breath away. «Thanks, Natasha,» says ballet master Jonathan Howells. «That was almost perfect.»

«Almost» is a recurrent word in a ballet studio: of all artists, dancers may well be the most ceaselessly self-critical. Osipova’s energy is one of her great advantages, but she says it has a downside: «I have so much energy that I sometimes don’t know what to do with it,» she admits (via an interpreter). «When I was younger, I could find it difficult to control – sometimes your legs just fly out from under you. With time I’ve learned how to use it better.»

She speaks only a little English, but ballet offers its own routes around the language barrier and her partners in Connectome, the Royal Ballet’s two red-haired male stars, Edward Watson and Steven McRae, have been helping her. «I’ll say something in English,» Marriott says, «then Steven repeats it exactly and Ed slaps the leg that’s supposed to move! And somehow it works.»

The first section of Connectome, danced to Arvo Pärt’s Fratres, finds Osipova flanked by Watson and McRae, with four of the company’s most promising recent recruits behind them; the movements are slow, fluid and precise, like t’ai chi. As momentum builds, McRae manipulates Osipova through turns under her own leg, which scissors up to 180 degrees.

Marriott corrects the angles of shoulders and heads as the seven dancers adopt in unison a meticulously sculpted pose on the ground. But then a complex build-up of bodies needs another go, everyone dissolving in laughter as Osipova slides inadvertently to the floor, having been hanging backwards upside-down along somebody’s back, knees hooked over his shoulders. Shortly afterwards, they nail another tricky move spot-on; Watson and Osipova celebrate with a high-five.

Connectome is Marriott’s first major work for the company since his contribution to the Metamorphosis: Titian 2012 project. The concept, he says, came from the designer Es Devlin, whom he met while working on the closing ceremony of the 2012 Olympics (he and his colleague Christopher Wheeldon choreographed the extinguishing of the flame). Devlin had read Sebastian Seung’s book Connectome: How the Brain’s Wiring Makes Us Who We Are, and suggested it as a narrative link. She and her team are preparing sophisticated digital imaging for the production, plus a set design that entails Osipova making her first entrance amid a forest of 400 suspended poles.

A connectome is the neural map of an individual mind: «Everything about our identity as an individual, what makes us uniquely ourselves, our emotions, thoughts and memories, is encoded in the tangled patterns of our neural connections, our own particular wiring or connectome,» Marriott explains. It sounds detached and scientific, yet the emotion evoked by the cast feels white-hot. «There is something both human and inhuman about it,» Osipova agrees, «as if two powers are going on simultaneously. It’s quite harsh, but also touching.»

Each section explores a different dimension of experience: human interactions, creativity, death and loss. The fourth probes images of chaos and order; finally Osipova is alone, after bidding farewell to each of the men in turn. While they circle one another, Marriott encourages the younger boys to expand the scale of their gestures to match Osipova’s – it is essential, even though some tower over her.

Integrating Osipova into the company does not seem to be problematic; the Royal Ballet is full of different nationalities, and, as Marriott says, «Natalia isn’t exactly your typical Russian dancer.» It’s that elemental energy again. Osipova readily agrees: «In Russia they never thought I was from the Russian school,» she laughs. «When Ivan [Vasiliev] and I performed Don Quixote the first time, we had so much energy that it was almost too much for the Moscow audience. But I do think the earlier Soviet dancers had even more strength and passion.»

Osipova, who turned 28 earlier this month, first shot to fame in partnership with Vasiliev at the Bolshoi; the pair left the company together in 2011, but have since gone their separate ways (they will be reunited in a show called Solo for Two at the London Coliseum this August). There’s no doubting her adaptability; already she and Watson, exploring Connectome’s central pas de deux, look as if they could have been dancing together forever.

It’s early days yet – Osipova has been here for less than a season, during which time she has had to recover from both a foot injury and an on-stage concussion. But maybe her megawatt presence will serve as a galvanizing force for the whole company. In the past, the arrival of such luminaries as Rudolf Nureyev or Sylvie Guillem inspired everyone to up their game; Osipova is on that level. «It doesn’t happen overnight,» says Marriott, «but over time, with Sylvie Guillem, I noticed a change in the company – and Sylvie changed as well. I’m sure this will happen with Natalia.»

Marriott, a member of the Royal Ballet for nearly 25 years, has been well placed to observe this. As a principal character artist, he specialises in roles such as magicians, tutors, and Cinderella’s ugly sisters; unlike a freelance choreographer, constantly moving around the globe from project to project, he prefers to stay put so that he can be on stage, interacting with the dancers and exploring their individual ways of moving before creating new work for them. «It’s a bit like being a stalker,» he jokes, «and I’ve been stalking Natalia for a while!»

This choreographer has found his muse. «Natalia is the closest I’ve come to realising my ideal,» Marriott declares. «She has all the makings of a great modern ballerina, but she also has a quality of abandon and freedom that reminds me of Isadora Duncan. She has such strength, she is so dynamic, yet she also has extraordinary delicacy and femininity. She’s a free spirit – there’s something fearless about her. And when she does a jump, it’s massive.»

Osipova is now part of the Royal Ballet’s identity, he adds; part of its ongoing mix of ideas. Part, indeed, of its connectome .www.independent.co.uk 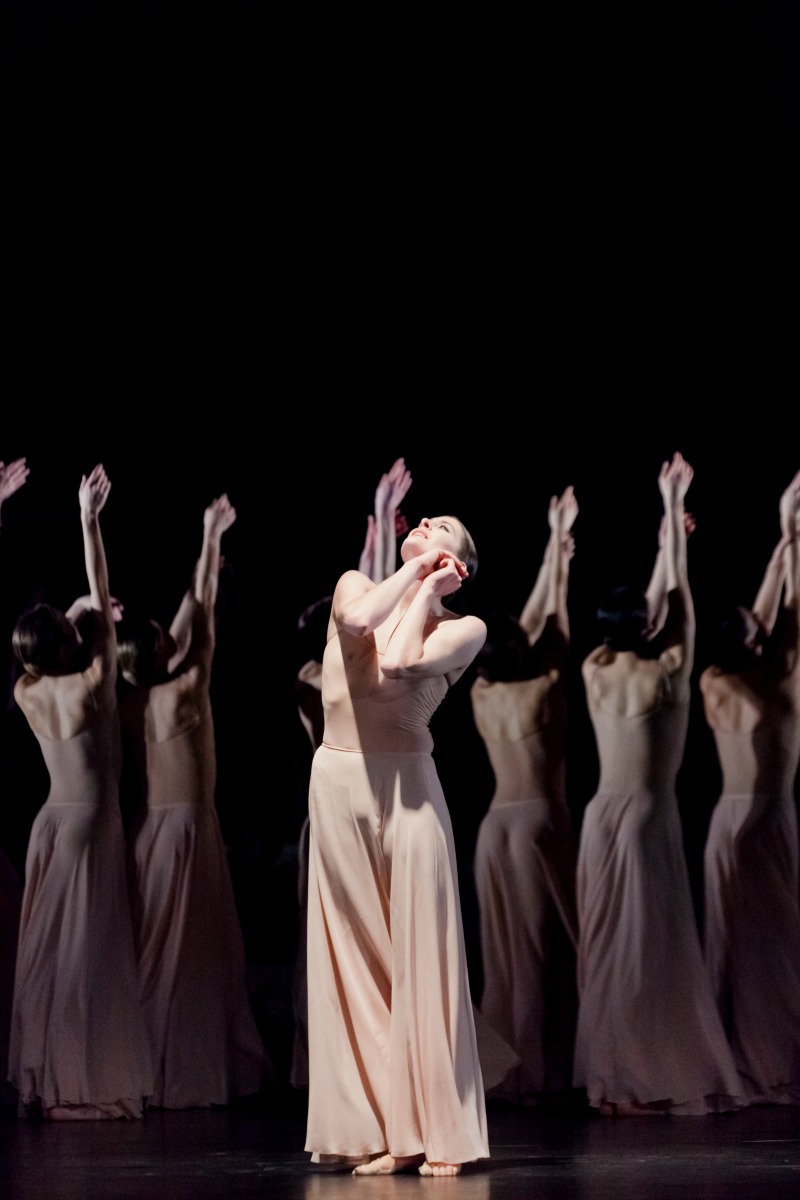