In celebration of the New York premiere of State Street Ballet, a private pre-performance reception will precede the performance at 6:30pm. Rose Eichenbaum, award-winning photographer and author of classic dance books, Masters of Movement and The Dancer Within, will present a photomontage comprised of more than a decade of documentation commissioned by State Street Ballet. Following the presentation, Ms. Eichenbaum will hold a book signing of The Dancer Within.

An American Tango
Conceived and Written by Guy Veloz
Directed and Choreographed by William Soleau
Produced by Rodney Gustafson & Michael Roush
Full Company
This is a true rags-to-riches story about Frank and Yolanda Veloz who many people feel were the greatest Ballroom Dance couple whoever lived. It is a love story, lost in history, which begins in New York’s Hell’s Kitchen with its speakeasies, mobsters and dance halls, and moves on to Broadway with its cast of colorful characters including Dutch Schultz, Walter Winchell, the Shubert Brothers and Florenz Ziegfeld. «While their mighty competition focused on technique, ‘Veloz and Yolanda’ trafficked in dreams.»

Secret Garden
(Finale with Full Company)
Directed & Choreographed by Josie Walsh Original Music by Paul Rivera, Jr
A balletic masterpiece of surrealism and enchantment, a riveting fusion of dynamic visuals, cutting-edge choreography set to an original cinematic score. Choreographed by Josie Walsh and composed by Paul Rivera Jr, The Secret Garden is one of many productions that the Los Angeles based artistic dream teams have worked on together.

RODNEY GUSTAFSON, Director/Founder, brings vision, energy and mastery of the classics to State Street Ballet, propelling the company to explore new and untapped areas of entertainment. As a dancer with American Ballet Theatre, Gustafson worked with many of the greatest dancers of our time including Mikhail Baryshnikov and famous choreographers like Alvin Ailey, George Balanchine, Rudolf Nureyev, Jerome Robbins and Antony Tudor. During his tenure as Director for State Street Ballet, he has created several full-length ballets for the company, including Romeo and Juliet, NutCracker, A Midsummer Night’s Dream, Cinderella, and Jungle Book. Academically, Mr. Gustafson holds a Bachelor of Science in Business Administration (1994), and a Master of Arts in Organizational Management (2001).

Peter Pucci, Choreographer, A Lucille Lortel Award winner and Drama Desk Nominee for Outstanding choreography for Queens Boulevard (the musical). Peter also received a Drama Desk Award for his work on The Orphans’ Home Cycle. Peter was a principle dancer with Pilobolus Dance Theatre for nine years before forming his own company, Peter Pucci Plus Dancers. He has choreographed for Joffrey Ballet, Ballet Arizona, Ballet Hispanico, Colorado Ballet, and Pittsburgh Ballet. Recent credits include: Big Apple Circus – DANCE ON, the musical Death Takes A Holiday, directed by Doug Hughes at the Roundabout Theatre, New Mexico Ballet, and Dance Theater of Harlem. Peter is a Artist in Residence in Dance at Manhattanville College and guest artist at the Juilliard School of Drama.

William Soleau, Choreographer has created over 80 ballets on companies around the world.  As resident choreographer and principal dancer for both Finis Jhung’s Chamber Ballet U.S.A. and Dennis Wayne’s DANCERS in New York City in the 80’s he established himself as an emerging choreographer.  As a dancer he worked with notable choreographers such as Alvin Ailey, John Butler, Antony Tudor, Joyce Trisler and Norman Walker.  His works are in the repertories of Ballet British Columbia, Ballet de Montreal, The Shanghai Ballet of China, Ballet Austin, The Icelandic Ballet, American Ballroom Dance Theater, Ballet Met, Sarasota Ballet, Richmond Ballet, Ballet Florida and the Louisville Ballet among many others. Mr. Soleau was the recipient of the Choo San-Goh Award for Choreography in 2006 and presently he serves as the Executive Director for the John Butler Foundation, Inc.

About Manhattan Youth Ballet
Modeled with an emphasis on European classical ballet, Manhattan Youth Ballet (MYB) offers world-class training in a nurturing environment focused on discipline, precision and artistry.  MYB is the culmination of Ms. Rose Caiola’s effort for the past fifteen years to create a viable and curriculum-based ballet academy in Manhattan in order to serve the needs of the multifaceted community.  Principal members of the faculty have received their training in schools such as the School of American Ballet, Central Pennsylvania Youth Ballet and the Kirov Ballet.  The faculty strives to bring out the individual potential of each student with an emphasis on artistry as well as technique to create truly versatile dancers for the current dance world.  Education is a top priority at Manhattan Youth Ballet and the school has numerous community outreach programs to promote dance education.  Since moving to its new home at Manhattan Movement & Arts Center in September 2008, over 2,500 New York City school children have participated in lecture demonstrations and/or been MYB’s invited guests at full-length performances.  For more information, visit www.manhattanyouthballet.org

About Manhattan Movement & Arts Center
Manhattan Movement & Arts Center was developed by Rose Caiola as the home of the Manhattan Youth Ballet, a graded, pre-professional ballet academy and performance company. Ms. Caiola, a former dancer and actress, founded the academy in the fall of 1994 as Studio Maestro at 48 W. 68th Street, and today serves as the youth ballet’s executive artistic director.

As the ballet academy grew, the search for a larger space inspired in Ms. Caiola a highly personal vision of a studio and theater complex that would encompass all aspects of dance education and performance.

mmac opened its doors in June 2008, occupying a dramatic bi-level space within The Element, a luxury high-rise condominium. In addition to the Manhattan Youth Ballet, mmac’s studios and theater host daily adult dance and fitness classes, the mmac Kids program, summer intensive programs, as well as an array of performances and special events. 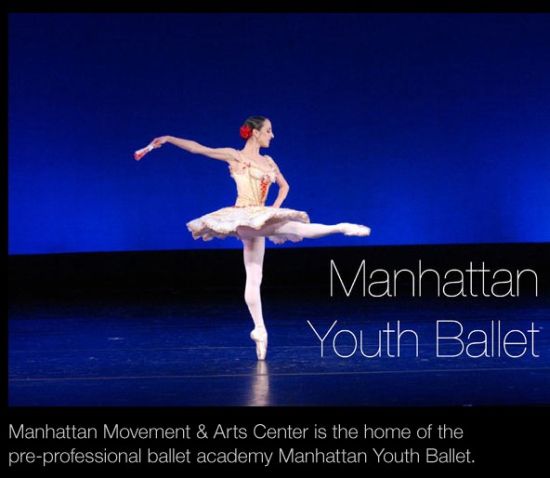 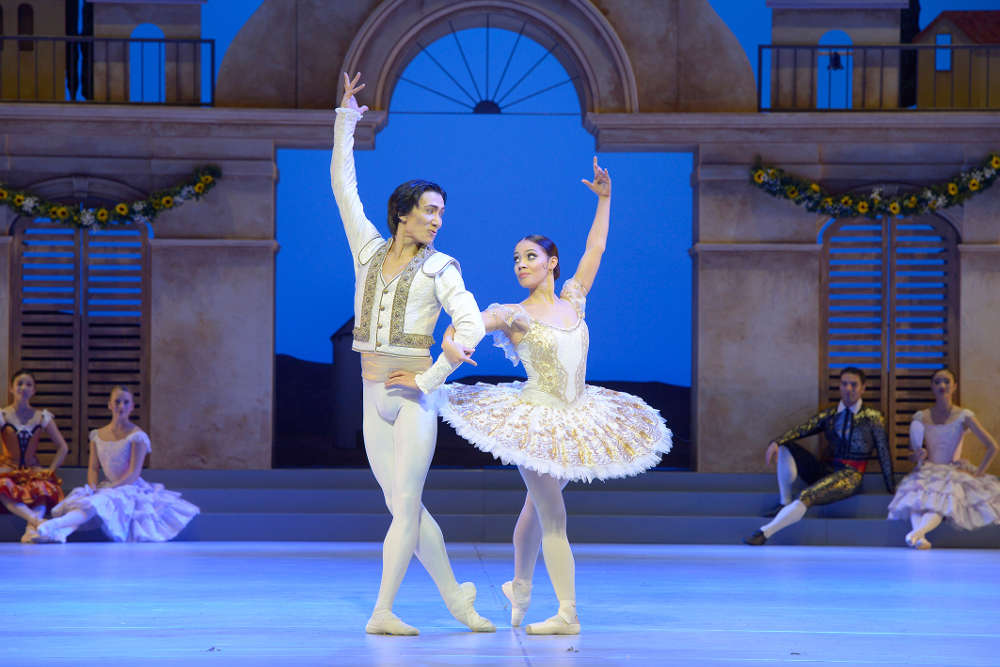