This year Salzburg Festival will celebrate its 90th anniversary since its official rebirth on 22 August 1920. Theme for this year's festival is Mythology for Opera, concerts and theatre events.

At the center of the 2010 opera program stands the topic of Myths – myths with their potential to represent fundamental human experiences and situations. The new opera by Wolfgang Rihm, seeing its premiere at the Salzburg Festival, deals with Dionysus with texts by Nietzsche. The highlights on this year's opera program include Hofmannsthal's version of the antique tragedy, Electra by Richard Strauss, Christoph Willibald Gluck's reformation opera, Orfeo ed Euridice, and Alban Berg's Lulu, featuring the unparalleled French soprano, Patricia Petibon, in the leading role. 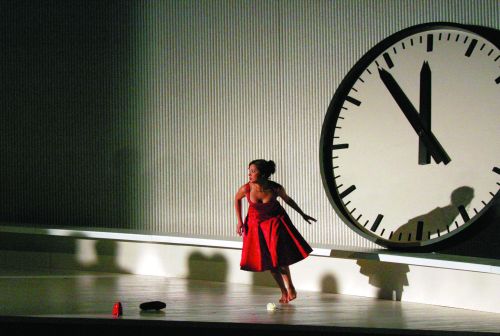 The drama program for 2010 has two areas of focus, which combine various programmatic lines and play off the two main topics of the overall program.In Peter Stein's production of Oedipus at Colonos, starring Klaus Maria Brandauer as Oedipus; in the first German performance of Jon Fosse's adaptation of Sophocles' Oedipus trilogy entitled Death in Thebes as part of the Young Directors Project and in Matthias Hartmann's production of Jean Racine's Phaedra starring Sunnyi Melles at the Landestheater.

“Music must be full of emotion, and the emotion full of complexity,” Wolfgang Rihm wrote in 1974: a statement that might be the motto of the 2010 Salzburg Festival concert program.The Continents series will focus on Wolfgang Rihm (*1952) in 2010, one of today's most prolific German composers. In addition to the premiere of his opera Dionysus he will also be portrayed in ten concerts as part of the Continent Rihm program.

A series of seven concerts will focus on the composer Johannes Brahms. Other featured composers will include Robert Schumann and Frédéric Chopin. A concert by two international stars, Rolando Villazón and Hélène Grimaud, on August 15 at the Large Festival Hall promises to be a special listening experience. 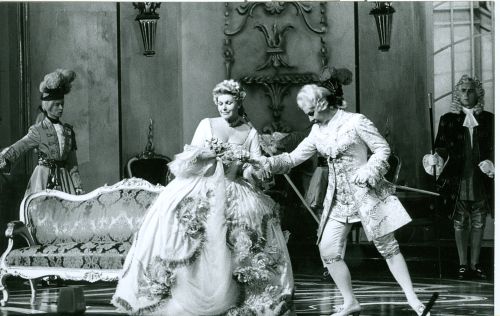 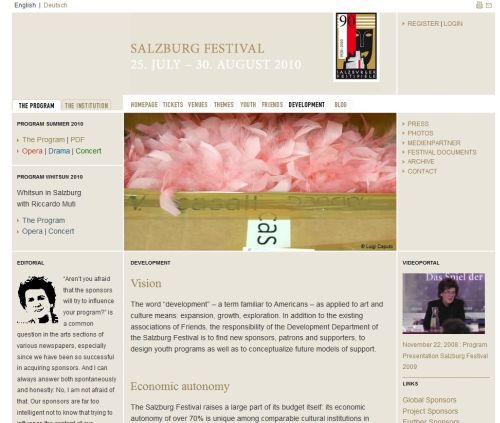