This beautiful and remarkable behind-the-scenes study of dancers, musicians and onlookers offers a social and narrative dimension to the everyday life at the legendary Bolshoi Ballet, through the lens of the acclaimed Russian photographer Sasha Gusov.

“Gusov’s photographs are lightning fissures, apertures, openings. They are neat as the bullet marks made in the moving target of time by a master of the craft, and the weird and hopeless dawn that streams through these tightly clustered pinholes is the light of future.” —Andrei Navrozov

Sasha Gusov specializes in portraiture, classical music, ballet and dance photography. He moved to England in 1989, where he got a job with printer Roy Snell who, when not working, allowed him access to the dark room. In 1993 his self-commissioned photographic project Images of the Bolshoi Ballet, published by the British Journal of Photography, earned him international recognition. Gusov’s work has since been widely published throughout the world. Photographic books include 25 years in Photography, 2014; Belarus: Terra Incognita, 2010; Royal Parks, 2011; Locusts, 2008; Italian Carousel, 2003 and Shooting Images, 2001.

A beautiful behind-thescenes photographic study of everyday life at the Bolshoi Ballet. 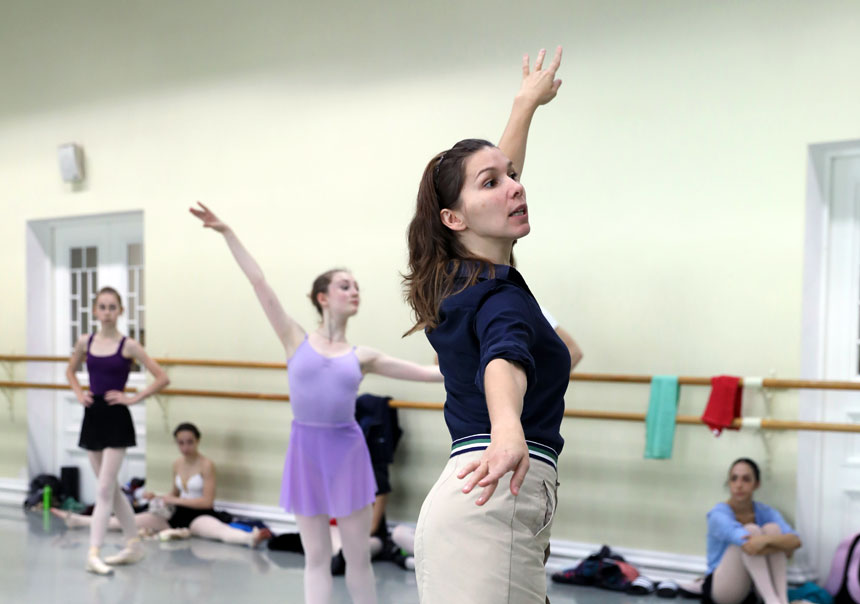