The premiere «obsession | calm» features the women in two contrasting movements of composer Ernest Bloch’s «Four Episodes.» The short, colorful and fascinatingly scored miniatures by Bloch provide a perfect playground for his imagination.

«Brahms Dances» premiere is the beginning of an output of exploration that has lasted for more than twenty years. Rübsam collected other songs of Brahms’ oeuvre to create a short suite that ends with the memorable song set to the Goethe poem «Wechsellied zum Tanze.»

«HALF-LIFE 102», premiered last year featuring a dynamic score by the Slovenian band LAIBACH. The quartet has now been reworked into a sextet for three male dancers and three female dancers on pointe. The title «HALF-LIFE» refers to a commonly used parameter to measure the radioactive decay of substances and elements. The addition of the number «102» for this new version of the dance evokes the «No» (the synthetic and highly radioactive element Nobelium) in the periodic table.

An homage to the late astronaut Neil Armstrong, «Petit Pas» opens the program. Two dancers comment on his small step with giant leaps in a combative duet. 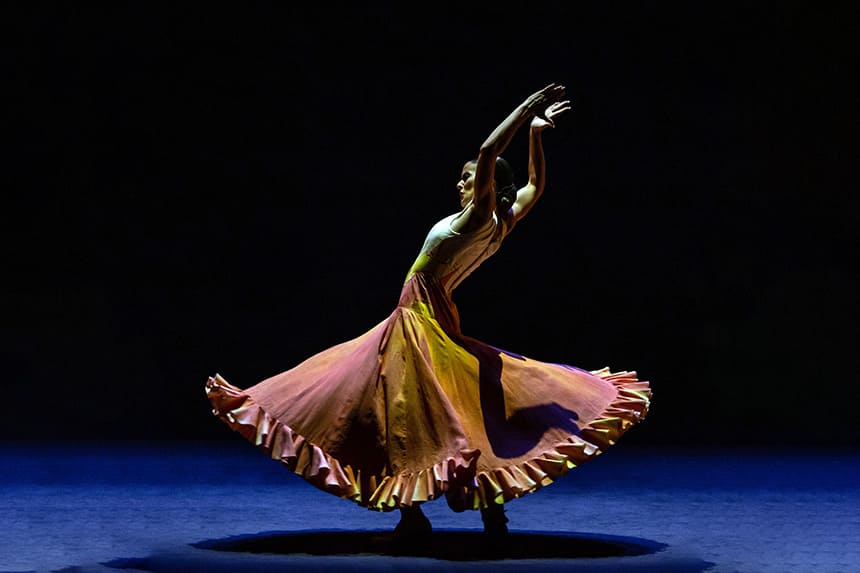