THE TABLE OF SILENCE PROJECT 9/11

Over 100 Dancers  from the New York City dance community led by Buglisi Dance Theatre, will appear in this 9/11 tribute
Performance starts at 8:15 AM and concludes precisely at 8:46 AM
At the Revson Fountain, Josie Robertson Plaza, Lincoln Center, Columbus & 64th Street

Live Stream via the Internet

Jacqulyn Buglisi and Buglisi Dance Theatre are honored to announce that The Table of Silence Project 9/11 is invited to Lincoln Center for 9/11 once again. The Company is partnering with Dance NYC to present 100+ dancers from the New York dance community on the Josie Robertson Plaza at Lincoln Center on Tuesday morning, September 11th. This free public tribute to 9/11 and ritual movement for peace was conceived by choreographer Jacqulyn Buglisi and Italian artist Rosella Vasta. Performance will take place Tuesday September 11, beginning at 8:15 AM and concluding symbolically at 8:46 AM.

The site-specific work is titled after Rosella Vasta's installation of 100 terracotta plates arranged around a symbolic banquet table, uniting humanity. Choreographer Buglisi transforms the concept into a moving meditation, a poetic call for tolerance and peace in our world.

In partnership with Dance/NYC and the September Concert, Buglisi Dance Theatre will once again be the voice of the NYC community of artists in all its diversity, representing cities across the U.S. and around the world from India, Japan, and Korea to Trinidad, Colombia, Belgium and France. Participating with Buglisi Dance Theatre are both professional dancers and students from NYC's premier conservatories and studios, including The Juilliard School, The Martha Graham School, The Ailey School, the National Dance Institute, Steps on Broadway Ensemble, Broadway Dance Center, the Jacqueline Kennedy Onassis High School, Peridance Contemporary Dance Company, Dance Theater of Harlem, Ballet Hispanico, and Infinity Dance Theater, which represents dancers with disabilities. The ensemble will gather in silent procession, forming patterns of concentric circles to create a peace labyrinth while encircling the Revson Fountain as a symbol of eternity, compassion and continuity of the life cycle. At 8:46, the dancers will turn their wrists with open palms and extend their arms to the sky for one minute, evoking the simple gesture of universal peace. Spectators are invited to join them in this ritual.

Created expressly for presentation last 9/11 at Lincoln Center, Buglisi's The Table of Silence Project 9/11 continues to gain global recognition. The work was performed last year at Syracuse University/NY, and last October in at the Cathedral San Rufino plaza in Assisi, Italy as part of a series of programs organized for a multi-religious conference attended by Pope Benedict. The Table of Silence Project was declared a "UNESCO SITI" by Mayor Claudio Ricci of Assisi. Ms. Vasta received an Honorary Degree from Cardinal Stritch University/Milwaukee for her artistic contributions in promoting peace. At the Global Summit held in August 2012 in London, Ms. Vasta was an invited speaker and also showed a video of the Lincoln Center presentation. Next April will see a presentation at San Francisco's Porziumcola Nuova, an exact replica of the Chapel of Assisi and a universal symbol of peace.

The work has served as a model for other tributes promoting world peace; the dancers that performed in Syracuse dedicated their performance to the University's 35 students who perished when Pan Am Flight 103 was shot down over Lockerbie Scotland.

At its first performance last 9/11 at Lincoln Center, The Table of Silence Project 9/11 was broadcast via live stream and can be viewed at youtube.com/buglisidance.

Sponsorship for 100 terracotta plates is generously provided by Bizzirri Ceramic Factory (www.bizzirri.it) and for the 100 mantels for the dancers by Alessandro Gherardi, Città di Castello- Perugia, Italy (www.alessandrogherardi.it)

A prolific choreographer, Jacqulyn Buglisi is renowned for highly visual, imagistic dances that use literature, history, and heroic archtypes as a primary source. Her repertoire of more than 70 works has been seen by audiences across America from The Joyce Theater, where BDT performs its NYC seasons, to the Kennedy Center, Jacob's Pillow Dance Festival, The Kravis Center, Dance St. Louis, the Sosnoff Theater; and abroad to Australia, the Czech Republic, Japan , Italy, and Israel. Buglisi's many commissions include the NY Flamenco Festival in Madrid, Sadler's Wells, London; The Richmond Ballet; California State University/Long Beach; Melbourne International Festival; The Juilliard School; Ailey II; and Martha Graham Dance Co., where, as a Principal Dancer she toured worldwide and was featured on the nationally televised CBS presentation of the Kennedy Center Honors as well as in the film An Evening of Dance and Conversation with Martha Graham. Her honors include the American Dance Guild Award, grants from the NEA, NYSCA, NYC Department of Cultural Affairs, the O'Donnell Green Music and Dance Foundation, the Harkness Foundation for Dance, the Arnhold Foundation, and Altria's Women Choreographer Initiative Award. Buglisi is Chair of the Modern Department at The Ailey School, and serves on the Board of Trustees of Dance/USA as Chair of Artistic Directors Council. www.buglisidance.org

Rossella Vasta, renowned Umbrian painter, is the first prize winner of the 2003 Biennial of Florence. In 2007, she created the installation The Table of Silence, a traveling “sculpture table” for peace and tolerance in the world. Since exhibiting her first solo show in Spoleto in 1981, she has exhibited in galleries around the world from Poland and Japan to the United States at University of Bozeman, Montana; the Chautauqua Institute; American University in D.C., and the Cardinal Stritch University in Milwaukee. She is the founder/director of the Pieve International School in Corciano, Perugia, Italy. Ms. Vasta is committed to charitable works through her Arts Sustainability Projects, helping to realize a school and farm in the Ivory Coast, among other projects, and to support a healthcare center in Citta della Pieve. www.tableofsilence.com 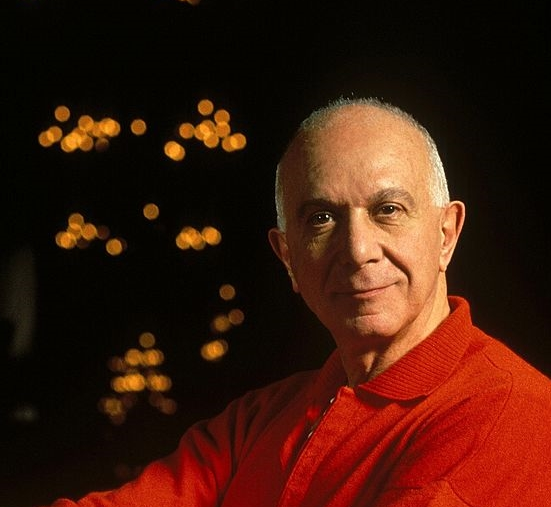