THE FINAL ROUND OF THE COMPETITION (April 21, 2009 at 7:00pm) – Each year, over 5,000 talented young dance students audition worldwide at semi-final rounds conducted by YAGP around the globe.  Only 300 of the most promising young dancers representing 30 countries on 5 continents are chosen for the New York City Finals.  Open to general public for the first time, the FINAL ROUND will give New York audiences a unique opportunity to see 60 of the world’s best young dancers before they disperse around the world to study on scholarship at the world’s leading dance academies (over $250,000 in scholarships are presented annually at YAGP).  TICKETS:  $25 for all seat locations, available at NY City Center Box Office, at www.nycitycenter.org, or by calling CityTix® at 212.581.1212. “STARS OF TODAY MEET THE STARS OF TOMORROW”: YAGP 10th Anniversary Gala (April 22, 2009 at 7:00pm) The annually sold-out YAGP Galas have become synonymous with the discovery of new dancers, choreographers, and companies. The unique format of the Gala, featuring the performances of international ballet stars and introducing the world’s brightest young dance talent quickly became an audience favorite and, according to Clive Barnes of the New York Post, “the highlight of the New York ballet season.”  The 10th Anniversary Celebration Gala will bring together 23 of the 250 YAGP alumni currently performing with over 50 companies around the globe, representing American Ballet Theatre, New York City Ballet, Pacific Northwest Ballet, Orlando Ballet, Corella Ballet, National Ballet of Canada, Stuttgart Ballet, Dresden State Opera Ballet, and MOMIX.  SEE ATTACHED PROGRAM.  TICKETS:  $45-$150, available at NY City Center Box Office, at www.nycitycenter.org, or by calling CityTix® at 212.581.1212.“PETER THE GREAT” GALA:  A TRIBUTE TO A LEGENDARY BALLET TEACHER (April 23, 2009 at 7:00pm) Vladimir Malakhov, Nikolai Tsiskaridze, Alexei Ratmansky and the last five Artistic Directors of the world-renowned Bolshoi Ballet – what do these instantly recognizable names have in common? They have all been trained by Peter Pestov, one of the greatest ballet teachers in history. This extraordinary evening will pay tribute to Mr. Pestov’s legacy by gathering some of his most acclaimed students in one spectacular Gala performance. The audience will be treated to never-before-seen archival footage and will witness an emotional coming together of several generations of dancers, choreographers and teachers celebrating the 80th birthday of the great architect behind their success. The Gala evening will be hosted by Alexei Ratmansky.  SEE ATTACHED PROGRAM.  TICKETS:  $45-$150, available at NY City Center Box Office, at www.nycitycenter.org, or by calling CityTix® at 212.581.1212.YOUTH AMERICA GRAND PRIX (YAGP) is America’s first and the world’s largest student ballet scholarship competition, founded in 1999 by two former Bolshoi Ballet dancers, Larissa and Gennadi Saveliev.  Conducted annually throughout the U.S. and abroad (Brazil, Mexico, Japan, and Italy), YAGP is the “internet of the dance world,” a global network of opportunity connecting dancers, teachers, schools and companies all over the globe.  Each year, YAGP culminates with a Final Round in New York City and a Gala performance at NY City Center.  Since its inception, 25,000 young dancers have participated in YAGP worldwide competitions and workshops, over $2 million dollars have been awarded in scholarships to the world’s leading dance schools, and over 250 YAGP Alumni are now dancing with some 50 companies around the globe, including American Ballet Theatre, New York City Ballet, San Francisco Ballet, Boston Ballet, Stuttgart Ballet, Paris Opera Ballet, Eifman Ballet of St. Petersburg, and many others. 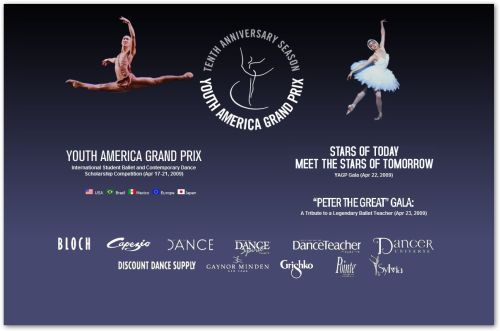 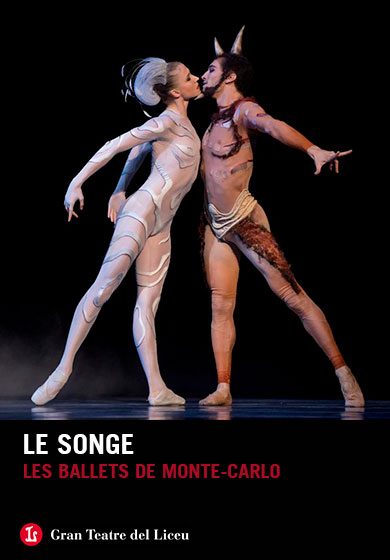