Season to Feature 25th Anniversary Performances of Twyla Tharp’s In the Upper Room.

American Ballet Theatre’s return to New York City Center will be highlighted by the New York City Premiere of a new work choreographed by Demis Volpi and major revivals of Merce Cunningham’s Duets in honor of the late choreographer, Paul Taylor’s Black Tuesday and Martha Clarke’s Garden of Villandry. The season will also celebrate the 25th Anniversary of Twyla Tharp’s In the Upper Room.

An Opening Night Gala on Tuesday evening, November 8, will include the Premiere of a new ballet by Stuttgart Ballet member Demis Volpi, Martha Clarke’s Garden of Villandry and Twyla Tharp’s In the Upper Room. The program will also feature Tharp’s Sinatra Suite, a suite of dances from Nine Sinatra Songs, set to classic songs by Frank Sinatra with costumes by Oscar de la Renta. American Ballet Theatre’s New York City Center 2011 Opening Night Gala performance will be followed by a benefit dinner at The Plaza Hotel. For more information on ABT’s Gala Benefit, please call the Special Events office on 212-477-3030 ext. 3311.

NEW YORK CITY PREMIERE
American Ballet Theatre’s 2011 New York City Center season features the New York City Premiere of a new work by Demis Volpi. A dancer with the Stuttgart Ballet, Volpi won the Erik Bruhn Prize for Best Choreography in 2011. He began his training in his native Argentina before studying at the National Ballet School of Canada and the John Cranko School in Stuttgart. He joined Stuttgart Ballet as an apprentice in 2004 and became a member of the company’s corps de ballet the following year. He began choreographing in 2006 for the Noverre Society’s “Young Choreographers” program at the State Theater Stuttgart and has been commissioned to choreograph for the Stuttgart Ballet and the State Opera Stuttgart. The new work, which will have four performances at New York City Center, will be given its World Premiere at The Richard B. Fisher Center for the Performing Arts at Bard College in Annandale-on-Hudson, New York, on Saturday, November 5, 2011.

REVIVALS
American Ballet Theatre will pay tribute to the late Merce Cunningham with four performances of his Duets at New York City Center. An exploration of the duet form set to music by John Cage, the ballet features six couples each in their own style and distinctive movement signature. Last performed by ABT in 1990, Duets will be given its Revival Premiere at The Fisher Center at Bard College on Friday, November 4, 2011. With design and lighting by Mark Lancaster, the ballet was created for Cunningham’s own company in 1980 and was first performed by ABT at the Metropolitan Opera House in 1982.

Paul Taylor’s Black Tuesday, an homage to 1930’s America, is set to songs from the Great Depression including “The Boulevard of Broken Dreams” and “Brother, Can You Spare a Dime.” The ballet for 14 dancers was given its World Premiere by American Ballet Theatre at the Kennedy Center for the Performing Arts in Washington, D.C. in April 2001 and was last performed by ABT later that year. Staged for ABT by Andy LeBeau, Black Tuesday features sets and costumes by Santo Loquasto and lighting by Jennifer Tipton. The Revival Premiere of Black Tuesday is scheduled for Saturday, November 4, 2011 at The Fisher Center at Bard College. The ballet will be given four performances by ABT during the New York City Center season.

First performed by Crowsnest dance company in Paris in 1979, The Garden of Villandry was choreographed by former Pilobolus Dance Theatre members Martha Clarke and Robert Barnett, along with their fellow Crownest co-founder Felix Blaska. The trio for two men and a woman is set to music by Franz Schubert and has costumes by Jane Greenwood and lighting by Jennifer Tipton. Last performed by American Ballet Theatre in 2002, The Garden of Villandry will receive its Revival Premiere on Friday, November 4, 2011 at Bard College and will have four performances at New York City Center.

In the Upper Room with four performances of the ballet at New York City Center. A ballet for 13 dancers, In the Upper Room is set to music by Phillip Glass and features costumes by Norma Kamali and lighting by Jennifer Tipton. In the Upper Room was given its world premiere by Twyla Tharp Dance at the Ravinia Festival in Highland Park, Illinois on August 28, 1986. The ballet received its Company Premiere in 1988 and was last performed by ABT in 2007.

The pas de deux from Tharp’s Known by Heart will also be given three performances during the New York City Center season. Choreographed for ABT in 1998, Known by Heart features costumes by Santo Loquasto and lighting by Jennifer Tipton. The pas de deux is set to selections from Donald Knaack’s “Junk Music.”

Alexei Ratmansky’s Seven Sonatas, set to “Keyboard Sonatas” by Domenico Scarlatti, will return to the repertory for four performances at New York City Center. The former artistic director of the Bolshoi Ballet, Ratmansky was named American Ballet Theatre’s Artist in Residence in January 2009. Seven Sonatas features six dancers in a series of solos, duets and group dances with costumes by Holly Hynes and lighting by Brad Fields. The ballet was given its World Premiere by ABT at Bard College in October 2009 and was performed in New York City for the first time later that month at Avery Fisher Hall.

Set to songs by the Andrews Sisters, Paul Taylor’s Company B will have three performances at New York City Center. The ballet was created for the Paul Taylor Dance Company and received its World Premiere in 1991. Staged for ABT by Patrick Corbin, Company B features costumes by Santo Loquasto and lighting by Jennifer Tipton. The ballet was first performed by ABT in 2008.

American Airlines is the Official Airline of American Ballet Theatre. Northern Trust is the Leading Corporate Sponsor of the Jacqueline Kennedy Onassis School at American Ballet Theatre. J.P. Morgan is the Official Sponsor of Make a Ballet. The 2011 New York City Center Season is also made possible with funds from the National Endowment for the Arts, the New York State Council on the Arts, a state agency, and the New York City Department of Cultural Affairs, in partnership with the City Council.

Tickets for American Ballet Theatre’s Fall 2011 Season at New York City Center, priced from $25, go on sale by phone at 212-581-1212 and on online at www.nycitycenter.org on July 25. The City Center Box Office will open for sales on September 6. For more information, please visit ABT’s website at www.abt.org. Monday, June 27, 2011. 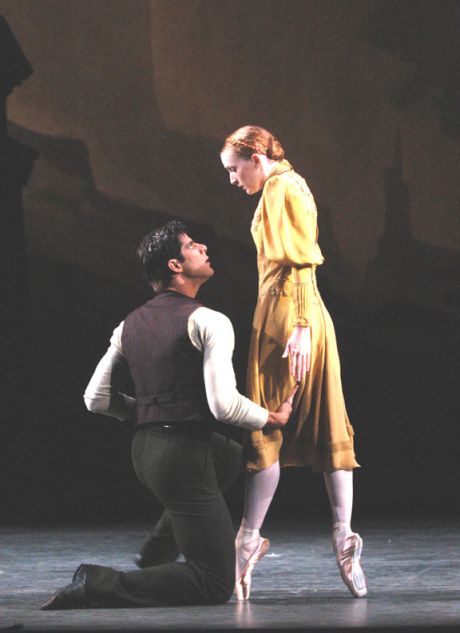 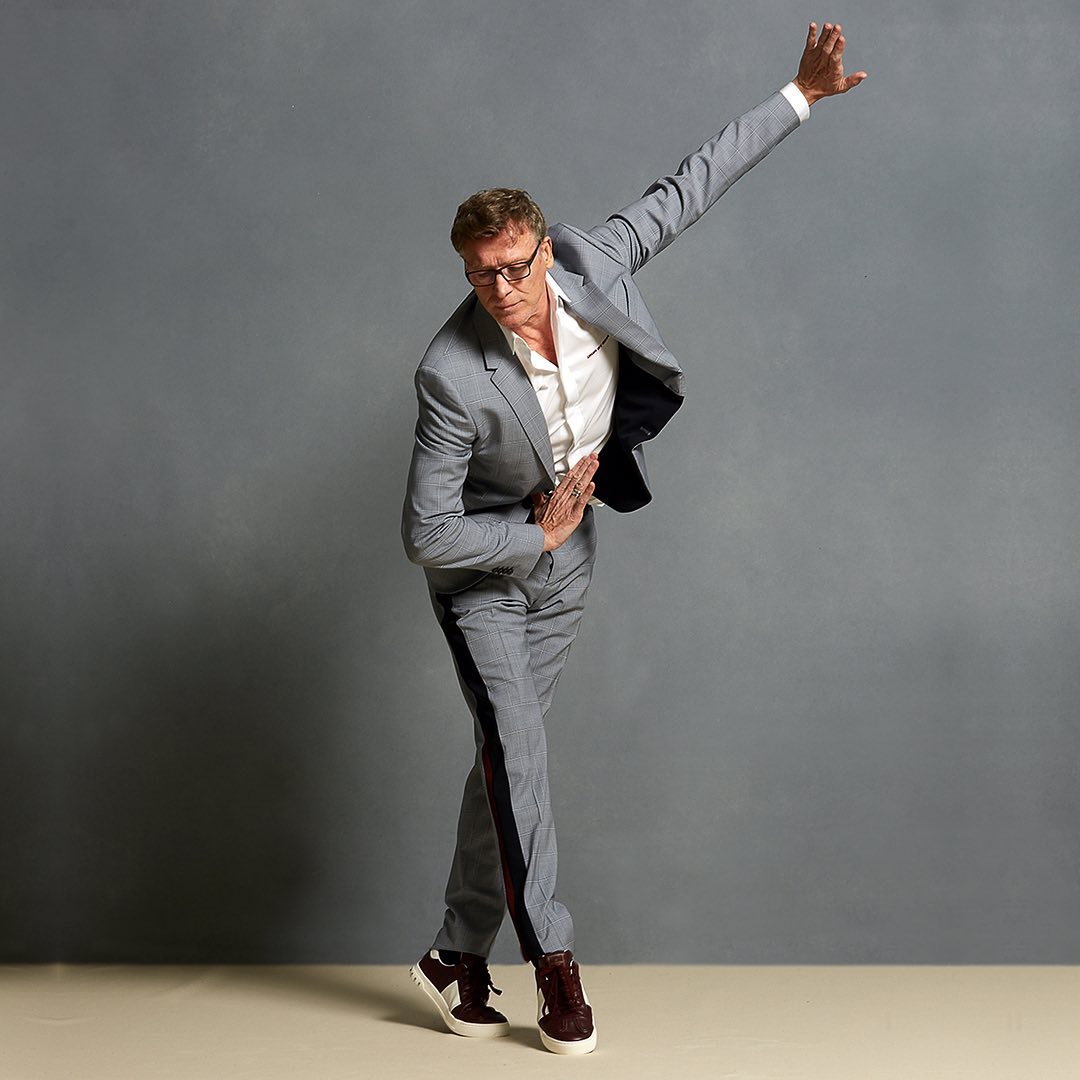