Program A gives voice to a stellar trio of Spanish works: the world premiere of Sortijas by Cayetano Soto, one of the most dynamic and groundbreaking Spanish choreographers of his generation; the 30th anniversary-and Company premiere-of Jardi Tancat, the award-winning work that launched Nacho Duato’s career; and the Joyce premiere of A vueltas con los ochenta by the cutting-edge duo Inma García and Meritxell Barberá, which explores the «Movida Madrileña» against the backdrop of 1980s Europop.

«I am thrilled to have the opportunity for our dancers to share the stage again with Paquito D’Rivera, one of the Latin Jazz greats, and to work with such gifted collaborators this season,» said Eduardo Vilaro, Artistic Director of Ballet Hispanico. «Cayetano Soto’s brilliant new voice and Nacho Duato’s first work ever combine to make this a program not to be missed.»

Cayetano Soto, one of the most dynamic and groundbreaking Spanish choreographers of his generation, creates his first commission for Ballet Hispanico. A stellar introduction to this exceptionally talented and visionary artist, Sortijas will celebrate the Latino experience in its full cultural and social complexity.

Duato’s very first work, based on Catalonian folk tales sung by Maria del Mar Bonet, won him first prize at the International Choreographic Workshop in Cologne. With equal shades of passion and melancholy, the ballet evokes the despairing yet hopeful prayers of Spaniards who wait for rain on their barren land.

García and Barberá’s first work for Ballet Hispanico uses contemporary dance to evoke the sights and sounds of the cultural revolution in 1980s Madrid known as «La Movida.» Drawing upon that time’s need for creative expression and individuality, the work recreates the memory of one night of freedom, exploration, and invention lived by a young group of friends.

Initially evolved from Haitian contradance, the Danzón has been called the official dance of Cuba. Eduardo Vilaro has taken this traditional and quintessentially Cuban dance form and reinvented it with contemporary language to construct a joyous celebration of music and movement.

Tango Vitrola conjures a metaphysical space that highlights the struggle between men and women through simple yet poetic patterns.

Nube Blanco (White Cloud) is inspired by Annabelle Lopez Ochoa’s childhood memories of the beautiful songs of Maria Dolores Pradera. Lopez Ochoa brilliantly integrates the Spanish zapateado footwork that is found in flamenco dance and gives it a contemporary twist.

Ballet Hispanico will perform April 16-28, 2013 at The Joyce Theater, with performances Tuesday and Wednesday at 7:30pm; Thursday and Friday at 8pm; Saturday at 2pm and 8pm; and Sunday at 2pm and 7:30pm (Evening performance on Sunday, April 21 only).

Program B will include a live performance by Paquito D’Rivera:

The matinee performance on Saturday, April 27, 2013 will include a post-performance chat with artistic director Eduardo Vilaro and Ballet Hispanico dancers.

Ballet Hispanico’s 2013 New York season is made possible by Jody & John Arnhold, Goldman Sachs, The Harkness Foundation for Dance, Bloomberg Philanthropies, the Open Society Foundations & the Fund for the City of New York, The Fan Fox & Leslie R. Samuels Foundation, The Shubert Foundation, The Princess Grace Foundation – USA and with public support from the National Endowment for the Arts, the New York State Council on the Arts, a state agency, the New York City Department of Cultural Affairs in partnership with the City Council, and Spain Culture New York-Consulate General of Spain & Spain Arts & Culture. Sortijas is supported by the New England Foundation for the Arts’ National Dance Project. NDP is supported by lead funding from the Doris Duke Charitable Foundation, with additional funding from the Andrew W. Mellon Foundation, the Community Connections Fund of the MetLife Foundation, and the Boeing Company Charitable Trust. 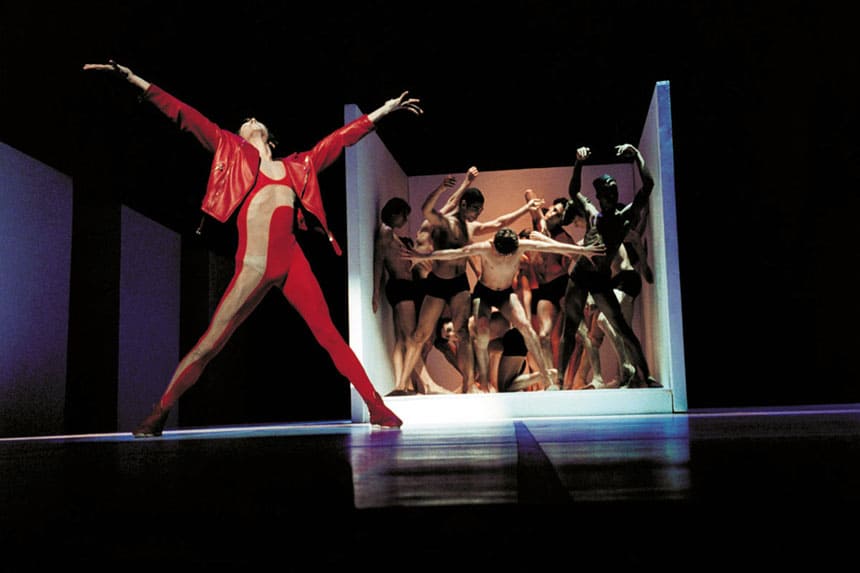