Created in 1973, the Prix de Lausanne is an international competition for young dancers aged 15 to 18. One of a kind, its prime objective is to discover, promote, and support talents among the world’s finest young dancers.

Carlos Acosta, Alina Cojocaru, Steven McRae, Ivan Putrov, who are Principals at The Royal Ballet in London; Stéphane Elizabe, José Martinez, Laetitia Pujol who are Etoiles at the Opéra de Paris; Julie Cox Kent, Gillian Murphy, Marcelo Gomes who are Principals at the American Ballet Theatre in New York; Michel Gascard who is  the Director of Rudra Béjart Lausanne; Bernice Coppieters who is Etoile at the Ballets de Monte Carlo.

At the end of October, 81 candidates from twenty-one countries were selected by DVD (from 205 applicants from thirty-one countries) to come to compete in Lausanne from February 1st to 6th, 2011. During the week of the competition they will be coached by internationally reputed ballet stars like Monique Loudières, Etoile of the Opéra de Paris and Patrick Armand, Etoile, presently Principal of the San Francisco Trainee Program in the USA. The competition will end Sunday February 6th with a final performance where the prizewinners will receive direct scholarships to the world’s prime dance teaching institutions and companies.

The Prix de Lausanne also provides a formidable platform for the professional dancing world to observe, discover, and connect with young dancing talents, making Lausanne the world’s capital for young dancers during the competition.

Information on the competition week from February 1st to February 6th, 2011: www.prixdelausanne.org

The 39th edition of the Prix de Lausanne 2011 will be held from February 1st to 6th, 2011, at the Théâtre de Beaulieu in Lausanne.

Events open to the public:

TV broadcast of the 2011 Prix de Lausanne On Sunday, February 6th, 2011, television audiences can follow the Finals live at 3.00 pm followed by the prize-giving ceremony on:
• La Télé
• www.prixdelausanne.org
• www.arteliveweb.com 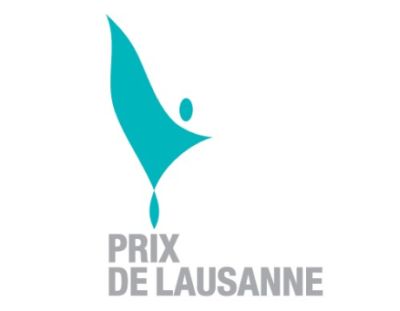